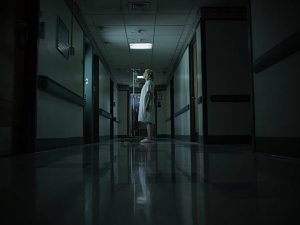 One of the oldest hospitals in Florida, The Royal Hope Hospital in St. Augustine has been an integral part of Florida’s history since its original building was constructed all the way back in the late 1700s. St. Augustine is the oldest city in Florida, so it’s no surprise that Royal Hope calls ‘Old City’ home. Want to experience St. Augustine’s ghosts yourself? Join us for a ghost tour!

A Peek Back at St. Augustine

St. Augustine played an important role in the American Civil War. While mostly under Union control, the city fell to Confederate hands for a brief period of time. Known as the ‘supplier of the Confederacy,’ Florida seceded from the Union and as a whole was one of the most populated Confederate states. Two major Civil War battles were fought on Florida’s soil. The Union sent ships to blockade Florida’s ports in St. Augustine, Jacksonville, Key West, and Pensacola. This led to an eventual downfall of the Confederacy in Florida over a number of battles and skirmishes.

St. Augustine has a long an intensive history in regards to it’s Civil War involvement, most importantly that 5,000 Floridian soldiers lost their lives during the war, leading to the haunted, blood-soaked soil of St. Augustine today.

Near the Spanish quarter village in St. Augustine, the Royal Hope Hospital was formerly known as Our Lady of Guadalupe. Royal Hope Hospital was demolished in the early 19th century, but not before its tenure as a military hospital for over forty years. From it’s earliest recorded history, the hospital would have bandaged, operated on, patched up, and prepared thousands of dead or dying patients from several battles, including the Seminole Wars. Crude Civil War amputations also occurred at the hospital. The modern hospital was rebuilt on the same ground as the original structure, which could explain the multitude of dark and malicious hauntings experienced in modern times.

During the reconstruction of Royal Hope, some truly disturbing finds were uncovered. When repairing old water lines, construction workers found that the original hospital was built over top of a cemetery, or as some believe, a Native American burial mound. As anyone could imagine, the disturbance of graves is a huge contributor to ghostly activity at the hospital. Countless human bones were uncovered the more and more the construction workers dug. From the sheer number of remains uncovered, it’s likely that the original hospital was built atop a Timucuan burial site. Experts in the field of hauntings and spirits state that hauntings tend to happen in places where human feeling and emotion was focused. A hospital is, by nature, a breeding ground for this. This had led to a significant amount of ghostly encounters being reported by guests and staff of the hospital over the years.

The Mourning Room was used by family members of the dead to sit in silence and remember their loved ones after saying goodbye. The room is filled with the hospital’s Priest’s tools for blessing dead or dying patients. Disembodied voices are heard in this room praying, sobbing, and moaning. An unbearable feeling of despair is also reported.

This room is home to a spirit who likes to grab onto visitor’s clothes and refuses to let them go. His grasp is described as freezing cold, hard, and forceful. One visitor stated that she could feel a large hand gripping her clothing, refusing to let go. The only way to shake it off was to run out of the room as quickly as possible. Luckily, the clingy spirit didn’t follow her out.

Many of the beds in the ward are reported to move on their own. The beds scoot out with force and hit visitors in the shins, rearrange themselves overnight, and shake from side to side. Visitors also report being scratched and hit in this area of the hospital.

The Apothecary was used to store medicines that would later be dispensed to Royal Hope’s patients. Reports of shadows darting from wall to wall and the sound of a sobbing spirit are commonplace.

Other notable ghostly occurrences include full apparitions, clear and discernible voice recordings, moving objects, unexplained bruises, and hearing disembodied voices screaming the words ‘help,’ as well as indecipherable words of Spanish origin. Orbs are also a popular occurrence at the hospital, and they are known to follow visitors around the hospital and have even been reported in visitor cars as they leave.

About eight miles west of downtown Orlando lies the ruins of Sunland Mental Hospital. Sunland was a chain of hospitals across Florida, known initially as the W.T. Edwards Tuberculosis Hospitals. The Florida government opened them in the 1950s to isolate and care for patients with tuberculosis. In the 1960s, tuberculosis became less of a public health issue as antibiotics strong enough to tackle the disease were developed, making the hospitals unneeded.

The state converted them into mental institutions, and they were renamed the Sunland Training Centers. While the Sunland Hospital facilities were located throughout Florida, the Orlando location was especially notorious. Sunland Orlando was known for its horrid conditions and maltreatment of the patients, even escalating to outright physical abuse and torture. Around 1980, the horrible conditions became known to the public, and the Sunland Hospital was closed and left to decay.

The building then became a mecca for ghost hunters. Visitors heard screams and saw shadows, many of which seemed to originate from children. In 1997, a man plunged to death in an elevator shaft while exploring the abandoned hospital with his friends. This led the Pine Hills community locals to petition to demolish Sunland once and for all. The main building was demolished in 1999, leaving behind only the administration building, which still attracts visitors looking for ghosts. The former site of the actual Sunland Hospital is now a children’s playground, and the spirits of children who were patients at Sunland still haunt the playground at night.

A playground and a large field are all that’s left where Sunland Hospital once stood. Though it’s been years since the closure of the mental ward, many residents still remember Sunland’s horrors, especially those who worked there.

The innocent-looking playground hardly has any reminders of the tragedies that once took place here. Though, at night, ghosts of the children come out to play. Nighttime visitors have seen ghostly apparitions of children near the area, and swings have been seen moving on their own.

The Greenwood Cemetery, another well-known haunted spot in Orlando, is also known for ghost sightings. At Babyland specifically, visitors have heard children laughing and playing, and some feel tugging on their pants, like a child trying to get their attention.

For more haunted hospitals all across the globe, check out our Top 10 Most Haunted Hospitals in the World article!