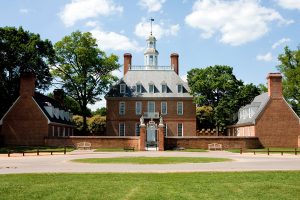 During the start of the American Civil War, General George B. McClellan was put in charge of all of the Union’s armies by President Abraham Lincoln. McClellan was known for being a particularly meticulous and cautious commander yet despite his due diligence, his Peninsula Campaign proved inconclusive at best. The operation’s whole goal was the capture the Confederate capital of Richmond, Virginia from Confederate General Joseph E. Johnston as well his troops.

Two armies initially collided at Fort Monroe, which was located directly at the mouth of the Chesapeake Bay. Fighting continued and the Confederate forces were being pushed further and further inland. Fort Magruder, where Major General John B. Magruder had placed a division of his team, was set to be hit next by Union troops. They eventually withdrew, and Magruder’s soldiers did well in delaying General Hooker from advancing with any speed toward Richmond.

After the Seize of Yorktown, Confederate forces again proved their worth as opponents than McClellan had first expected. The Battle of Williamsburg was one of the most significant battles during the campaign and arguably it had no clear victor.

On May 5th, 1862, the two sides resumed bloody combat near Williamsburg. It was the campaign’s first pitched battle — a planned attack — and it left 1,682 Confederate soldiers and 2,283 Union troops dead.

Despite his losses, Union leader McClellan would dub this a brilliant victory. The author of Civil War Williamsburg, Carson Hudson, disagreed, stating that the inconclusiveness of the Battle of Williamsburg actually leads to its significance:

“Williamsburg was an accidental battle. The outcome wasn’t clear-cut. And partly because of that its significance has been overlooked. But if you look at the figures who stood out on the battlefield, this is where the war started to sort out who was brave, who was a coward — who was good, and who wasn’t — in the two most important armies of the Civil War, and every soldier here knew it.”

It’s with this exciting part of history that Fort Magruder Hotel and Conference Center ends up being a popular tourist destination for ghost hunters and history buffs alike. Not only did the Battle of Williamsburg occur right on its grounds, but the hotel has become somewhat of a museum for artifacts. From hand-stitched quilts to old musket balls, there are tons of Civil War relics on display at the hotel.

Authentic cannons and earthen fortifications are still standing on the property, giving visitors a first-hand look at the world in which the soldiers of the time were living. One of the most popular fortifications on the property is #3, which was a major part of the Williamsburg line. Guests can walk along its secluded path and envision exactly what it was like to be a Civil War soldier marching toward the enemy.

The hotel is built on historic grounds which makes it easy to imagine the drama of the battle, visitors are able to picture rain-drenched Civil War soldiers crouching, flashes of gunfire, and the sound of cannon fire echoing throughout the woods surrounding the hotel.

The hotel does its best to preserve the history of the hotel and the property, but some staff and visitors state that their efforts have been a bit too successful.

There exist several reports of strange activity inside the hotel, more than likely caused by soldiers who feel more than welcome because their history is so celebrated, so alive.

Hauntings of the Fort Magruder Hotel

Apparitions aren’t just seen at the hotel, they’re interacted with too. One guest told of a time they were woken up abruptly by a redheaded Confederate soldier who was perched up on her bed. Another encounter was told by Colonial Ghosts:

“Someone took a picture at the one on Friday night and in the photo, the lead investigator had a figure behind her. It wore a hat and its hand rested on her shoulder… A professional videographer had a ten-hour battery that before and after the investigation, lasted its ten hours of filming. That night, the spirits sucked it dry in two hours. Before that night, he had been a non-believer, after that night, is no longer…”

Perhaps it is the well-preserved history and location of artifacts that give the hotel such a haunted reputation. Maybe some of these spirits are attached to the items on display. The Fort Magruder Hotel website doesn’t advertise all of the ghostly activity, but it does tell guests of the opportunity for romantic dinners, golf getaways, and quality family bonding.

Perhaps they should include the chance of encounters with ghosts of Civil War soldiers on guest beds at night. When night falls over the hotel, no amount of modern accommodation can erase the hotel’s haunted past. At Fort Magruder Hotel, hospitality goes hand-in-hand with haunts.