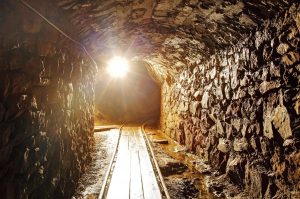 Savannah is a classic space, a step back into the antebellum decades of the south, a window into lives of the past, and a nod to the spirits that remain. Historic buildings and homes dot the city’s streets and squares, their breathtaking history maintained in almost perfect condition. On the surface, Savannah seems to be Georgia’s crown jewel, sparkling with timeless beauty — but underneath these hallowed streets lies something a bit more sinister, makeshift tunnels of Savannah and passages once used for darker reasons.

Read on to learn all about the hidden and haunted tunnels and passages of Savannah — and if you’d like to experience the haunts of Savannah for yourself, why not join us for a hauntingly fun and historically accurate Savannah ghost tour?

Savannah’s historic squares, like Lafayette Square and Madison Square, are just atop hidden graveyards and underground tunnels and passages — this is the side of Savannah not often visited, the one carved by lore and hauntings.

The Pirate’s House is a two-hundred-and-fifty-year-old property in Savannah’s historic district. Allegedly, a tunnel runs from the Pirate’s House basement out to River Street. As the story goes, this was the preferred drinking spot for sailors docked for the evening and other rough and rowdy people of the 19th century. The Pirate’s House was the perfect place, small, unassuming, and filled to the brim with ruffians and cold brews.

After sailors had a few too many and passed out at the bar, they would wake up the following day and find themselves on a ship in the middle of the ocean. Some claim that the kidnappers were pirates, while others claim they were captains with no time to waste recruiting new crew. This is what the tunnels were allegedly for, to transport these patrons out through the rum cellar and onto the ships they now had to call home.

Today, the pirate’s house is said to be one of Savannah’s most haunted locations. This is primarily due to the fights, murders, and kidnappings that once took place there. Current visitors to the bat have reported seeing apparitions as well as unexplained footsteps and disembodied voices echoing from the upper floor of the building.

Factor’s Walk is said to have been part of Savannah since the early 18th century. The first buildings on Factor’s Walk were built in the 1820s, but the market existed there before buildings were ever erected. It was a marketplace where various goods like cotton were sold, and bulk deals were made. However, it was also a marketplace for buying and selling enslaved people.

You may be wondering how Factor’s Walk got its name. Since it was a place where cotton goods were bought and sold, those who set the price for cotton were known as ‘factors.’ Despite the Civil War ravaging the country and city, Factor’s Walk continued to grow and develop as the place where the city’s business was done. Think of it like a mix between an 18th-century wall street shopping mall combo.

River Street just steps away from what is known now as Factor’s Walk, is another of Savannah’s tourist hotspots. River Street is one of Savannah’s most popular stops. Its boutiques, restaurants, and historic allure draw visitors from all over the country. Its old cobblestone streets tell a story of a dark past, however. If we step back a few hundred years, we’ll see enslaved African people being shuffled into stone tunnels to be traded. Immigrant workers were loading up cargo ships with cotton. Thieves and drunkards were hanging out in the darkest alleys along the street. The same buildings that stored cotton and enslaved folks are now the hotels, offices, and cafes seen today.

Aside from the numerous shops and venues, Factor’s Walk has a few more hidden discoveries to make. The entrances of various underground tunnels located in the area are roped off but visible when walking down Factor’s Walk. These tunnels are said to lead to different parts of the city and end in the basements of buildings. The tunnels are rumored now to be occupied by a few spirits that once used them. The loud, booming voices of men can be heard echoing from the sealed-off entrances.

During the night, visitors to Factor’s Walk have seen an extremely tall and shadowy figure hovering around or standing menacingly. Others have been followed by this entity, claiming that a cold rush passed them as the entity disappeared. The cobblestone streets and pathways of Factor’s Walk hold every energy that has passed over them, absorbing even the darkest secrets of those who walked there before.

Just to the east of Forsyth Park is the Candler Hospital. In 1876, the largest of Georgia’s yellow fever epidemics swept through Savannah. The illness took thousands of lives in the Hostess City of the South, causing a slow and painful death. There was no cure for yellow fever. During the last outbreak in Savannah, a significant number of people died in the Candler Hospital. So many, reportedly, tunnels were dug out, and secret burials were made throughout the area. Could the grounds of Forsyth Park be the burying ground of thousands of people who died of yellow fever? Perhaps — some say that the tunnels didn’t have an exit, just a dead end where they placed the bodies of the dead without bringing them to the surface.

A Bit About Madison Square

A quaint, beautiful park by day, a strange and otherworldly place by night. During the day, you’ll find locals taking a stroll, tourists taking photos and posing with Jasper, and plenty of picnics, dog walkers, and students. During the nighttime, however, the mood changes. The Jasper statue becomes foreboding; the trees begin to change shape, their spindly arms like spider’s legs reaching out across the paths. Unusually cold winds and the feeling of being watched. A darker energy permeates the aura of Madison Square.

The shadow people are surely some of the strangest experiences reported at Madison Square. Seen out of the corner of one’s eye, these shadow people dart from place to place, following those who come through the park after dusk. One of these entities is known to get a bit too close for comfort, breathing down the necks of late-night visitors. This apparition is pitch black and, unlike the other shadow people, has no features. It’s extremely tall and spindly, and no one is sure who this entity was when it was alive — if it ever was.

It seems as if the dark energy has permeated into the surrounding area as well because even the houses and businesses near the square are reportedly haunted as well.

It seems like there’s not one single part of Savannah that isn’t haunted. Another story to tell of the macabre past of Savannah, another secret uncovered. Are you dying to learn more? Check out our blog to encounter the haunts of Savannah and the rest of America!