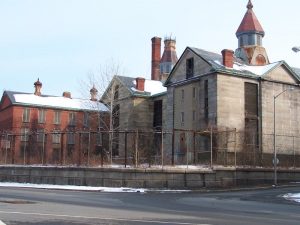 During the infamous Salem witch trials of 1692, nearly 200 people were jailed and accused of witchcraft. Eighteen lost their lives to the noose, and one was crushed to death under heavy stones. Those lucky enough not to be convicted of such erroneous crimes had the unpleasant experience of being held in a dungeon below the Old Salem Jail. They were chained to the wall in an effort to contain their spirits, for if these chains were to break, their demonic souls would fly out into the streets of Salem and torment the pious townsfolk. Built-in 1684, the original Salem Witch Jail or Essex County Jail lay on Federal Street and no longer stands today. It was a simple wooden building with a stone-walled dungeon beneath it. In 1811 a new jail was built further down on St. Peter street and functioned until 1991. Upon closure, it was the oldest penitentiary in the United States. This granite prison is now the site of 36 luxury apartments. Both are commonly referred to as the Old Salem Jail and hold the terrifying secrets of Salem’s horrific past. Read on to learn more, brave soul.

The Salem Witch Jail was the original jail for the county of Essex County, Massachusetts. Built in 1864 for the whopping price of 30 pounds, which amounts to $7,963 in modern American currency, it was used as any other frontier jail during the early days of English colonization. Rowdy townsfolk would be kept in holding overnight until they could see more clearly in the morning. Perpetrators of petty theft and other infractions would be held at the Old Salem Jail until their sentence was served. In 1692, when Witch hysteria broke out, the jailkeeper was a man named William Dounton. Many citizens of Salem would gather in the jail’s kitchen as he served them grog, an early form of rum and beer. All was relatively peaceful here until the witch trials began. Soon the Salem Witch Jail became overrun with men and women accused of witchcraft. Some of the first to be held here during the trials were Sarah Good and Sarah Osbourne. They were both transferred to Boston, Good later to Ipswitch, where she gave birth and was then hung by the nick, her child dying before her untimely fate. Many accused were transferred out of Salem as numbers rose. 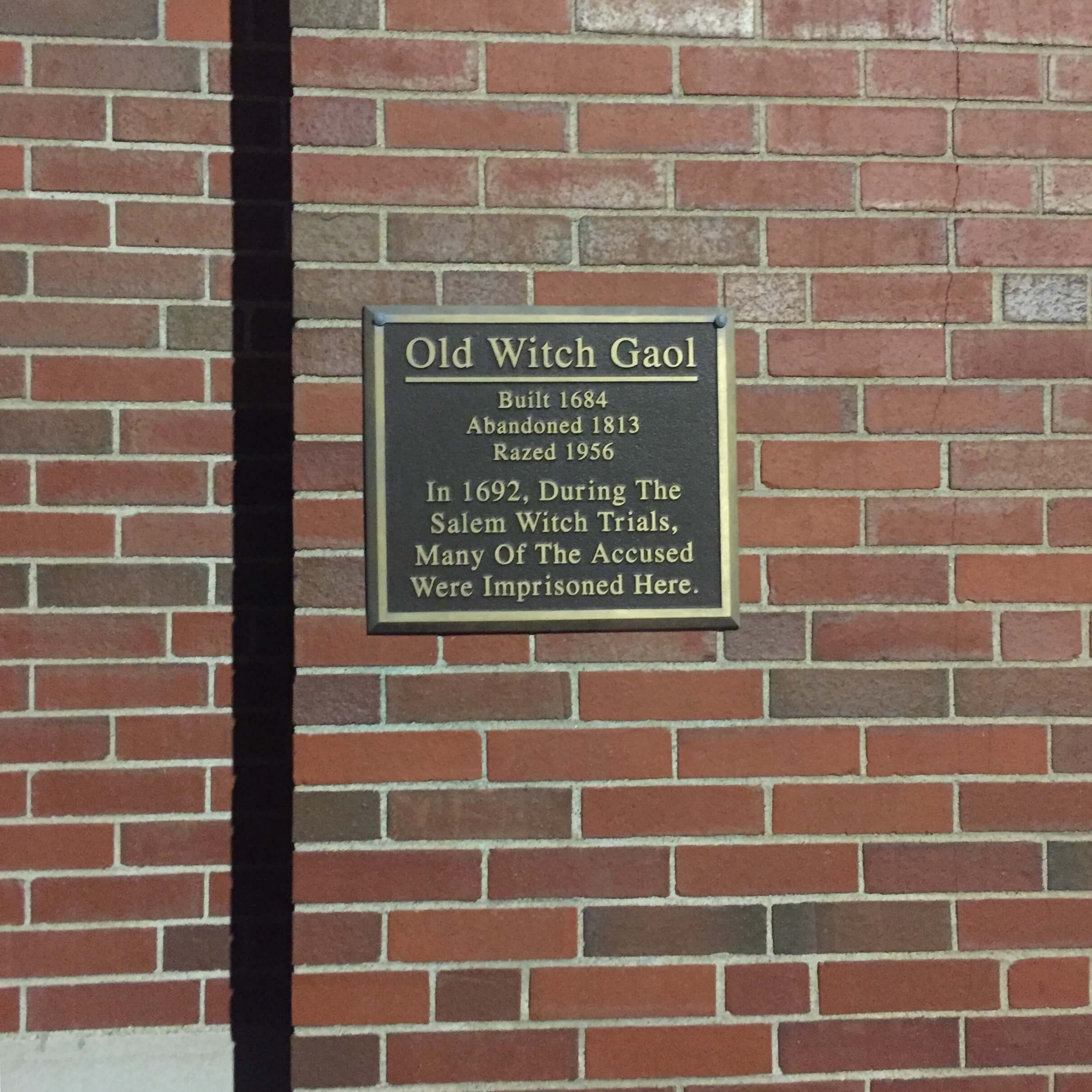 Pandemonium ensued as more and more people were condemned as witches. Many supposed witches were merely social outcasts, had slightly varying religious beliefs from their accusers, or denied the existence of witches within their community and subsequently were one themselves. Hysteria grew more prominent as more people were accused, and the devil, it appeared, had indeed made his mark on the town of Salem. Not through the men and women condemned to be in his servitude but by the people trying to destroy those charged. To learn more about the paranoia and panic that engulfed Salem, and the rest of the Boston area, read our spotlight on Gallows Hill. By 1813 the Salem Witch Jail was abandoned. In 1956 the old building was razed, and the dungeon beneath was rediscovered; a sturdier brick building was built.

The remorseful people of Salem built a new jail in 1811. It had been over 120 years since the infamous witch trials, and the city was forced to deal with their hysterical actions. The old jail reminded them of the curse God put upon them in accusing such blasphemies against their fellow Christians. In the years following the witch trials, the town was hit with various afflictions; drought, smallpox, and Native American attacks. Ashamed for what had been done to their neighbors, an official day of humiliation was declared to be held on January 15th, 1698. Shortly afterward, Ann Putnam, Jr., one of the bewitched accusers, issued a public apology. She was declaring her imprudence to be a grievance of her childhood. In 1711 the colony of Massachusetts gave £600 to the families of the accused, the equivalent of $102,000 in modern times, along with a list publicly restoring their names. Not all families wanted to be listed due to the shame and anger the family felt. As the years progressed, other names were released from their eternal shackles, collectively amassing in the form of the memorial that was constructed at Proctor’s Ledge in 2017. 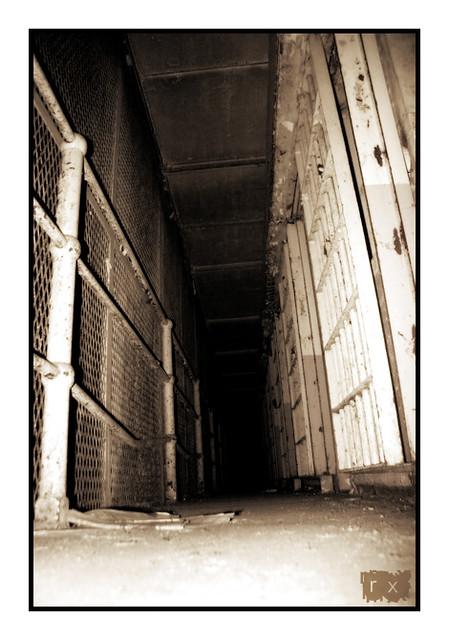 The halls of The Old Salem Jail
Source: Flickr

Despite the catharsis, the construction of the new jail brought the people of Salem; its history continued to be less than pristine. Over 50 executions took place within the granite walls of the Old Salem Jail. Originally constructed to hold 115 inmates, it was expanded in 1884 to its current capacity of 150. Among these inmates were Joseph and Francis Knapp, some of the first men in America to be convicted and executed as accessories to murder despite the murderer being physically present. The two of them had hired a man named Richard Crowninshield to murder their uncle, 82-year-old Captain Joseph White, from whom they expected a considerable fortune after his passing. Crowninshield committed suicide before his trial, and the brothers felt themselves to be all but free men. However, a lawyer named Daniel Webster proved too eloquent for their hopes, and the two were later convicted, forever changing American law. 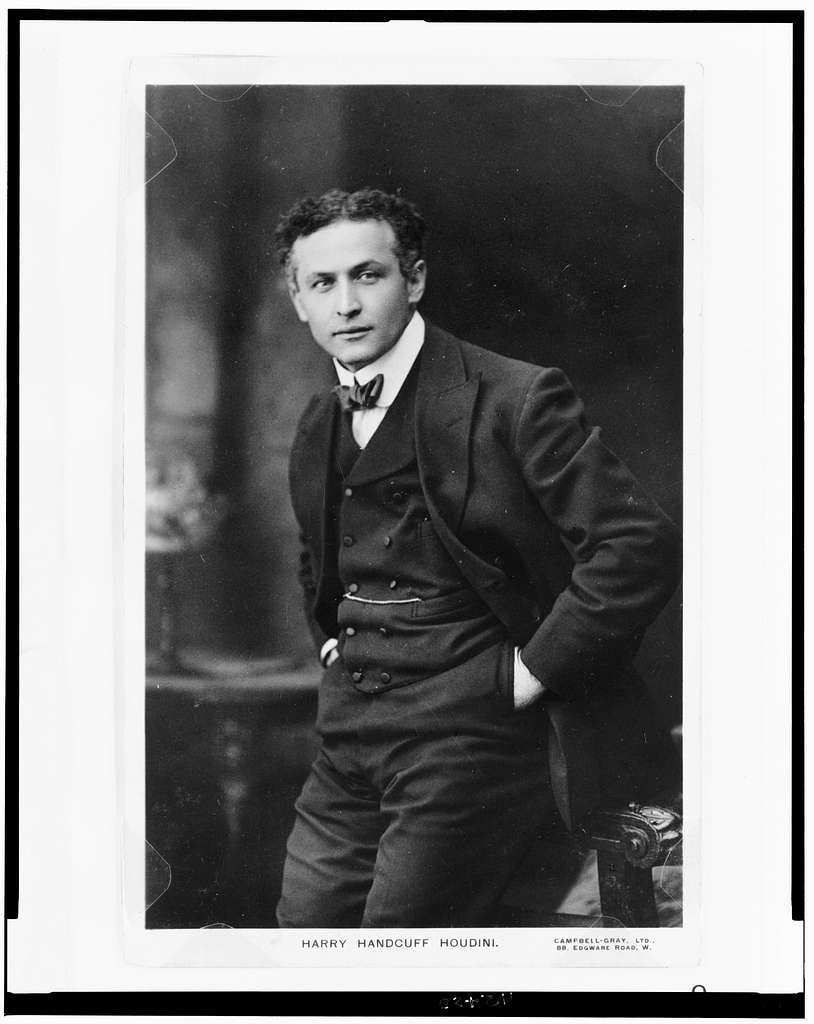 Harry Houdini staged an escape from the old jail after being accused by the chief of police of being a falsity. Escaping through three sets of handcuffs, Houdini managed to sneak into an adjacent cell, handcuffed himself to a prisoner, and walked outside in defiance of the police chief. All of this within 13 minutes! He spent three days in Salem and made such an impact that on Halloween night, 1990, a seance was held for him in the Salem Theatre. This became an annual tradition in 1991 and continues today. In 1984 a riot broke out due to the outdated facilities, and chamber pots were dumped onto the street. The prisoners sued the jail for lack of proper plumbing. Upon its closure in 1991, it was the old active penitentiary in the United States, albeit outdated. It sat for many years, and many passersby and urban explorers reported hearing screams from its interior. Despite lacking electricity, lights were often seen illuminating through vacant windows. Dark apparitions have been reported by those brave enough to enter, roaming the interior hallways. The city of Salem purchased the land for $1 in 1999 to preserve the historic building. Six years later, real estate company New Boston Ventures placed a bid for it. By 2009 the historic building was renovated to be 19 luxury apartments ranging from 500 to 2,600 square feet. The spirits seem to have been laid to rest, knowing that the Old Salem Jail is no more, but odd sights and sounds are still reported to this day. Lights flicker, and the same deathly screams can still be heard within the granite walls. The Old Salem Jail is just one of many haunted establishments in the old town of Salem. Read on to learn more.