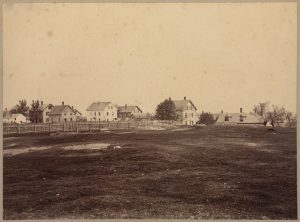 “The Devil is precise; the marks of his presence are definite as stone….” Playwright Arthur Miller wrote in his 1953 play The Crucible of the demonic power that possessed the small frontier town of Salem Village. During the Witch Trails of 1692, it had appeared to the townsfolk that the devil was genuinely walking amongst them. Yet it was many a stone’s throw away from definitive; chalked up by some to natural adolescent boredom, wheat poisoning, or factitious tales brought on by clashing ideologies and greed. At the end of it, The Devil was never carved out in stone, as Reverend Hale ironically states in the play, now familiar to any high school English student, and 19 innocent people had been hung atop Gallows Hill. One of them was crushed to death over the course of three days under the weight of heavy stones. These supposed witches were victims of mass hysteria so massive that it serves as a reference point for other such behaviors and actions to this day. While the actual sight of these hangings was determined in 2016 to be nearby Proctors Ledge, Gallows Hill still retains the unbound essence of the devil lying inside of us all. 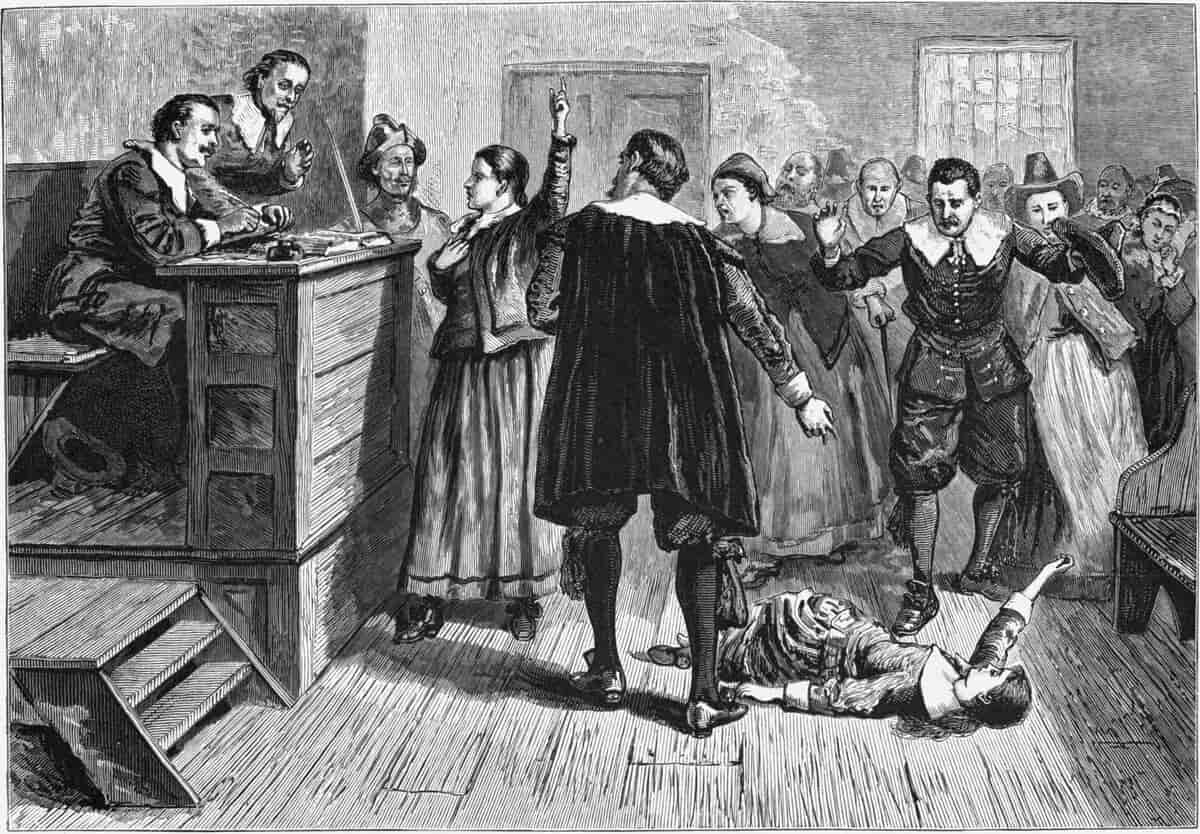 A depiction of one of the trials
Source: Store Norke Leksikon

Salem was a small frontier town, settled in 1626 by struggling English colonists from nearby Gloucester. Previously the Naumkeag people of North America had inhabited the area, but their populations were decimated due to a European-bred disease. Life was hard in the new world for the Puritans of New England; brutal winters, crop failures, and feuds with the Native American population. A stressful life in an unfamiliar land. The Puritans had left their home in pursuit of religious freedom. Everything was a new, strange, dangerous experience and the devil lurked around every corner. According to Puritan doctrine, Satan was tenacious in his attempts to enter the minds and bodies of good Christians. This was the world they were living in—one where boundaries were undefined, and reality was constantly questioned. Disputes over land and property were common. In fact, the town was even split in half at one point. Salem Village and Salem Town split from one another on October 8th, 1672, over such matters. Neighbor was pitted against neighbor over money, piety, and property.

By 1692, these delusions of grandeur and righteousness accumulated with the death of 19 falsely accused individuals and the imprisonment of 200 others. Nine young girls changed the town of Salem Village forever with their games, impressions, and lies. Many experts today chalk up their odd behaviors to simple teenage boredom, but other theories have been suggested; ergot poisoning (a fungus that grows on wheat, later used to synthesize LSD,) epilepsy, mushroom poisoning or general mental illness. Whatever the truth may have been, it was unbeknownst to the Puritans of the time. Doctors were sent to tend to the girls, but no physical explanations could be found. The old adage of “an idle mind is the devil’s playground” rang heavy in their ears. Witches were to blame.

The devil works in mysterious ways; unfortunately, fingers were pointed in all directions. Three women, Sarah Good, Sarah Osburn, and the enslaved Barbadian, Tituba, were cast out as servants of Satan. The young girls were the accusers, although many believed them to be coerced by their parents and local authority figures. All three of these women were considered social outcasts for one reason or another. Tituba’s situation being the most dire, locked in the chains of slavery. They were arrested on March 1st, and Tituba was the first to be questioned. She made a shocking confession that their beliefs were correct and that she was a witch. When one has nothing to gain what is there to lose? 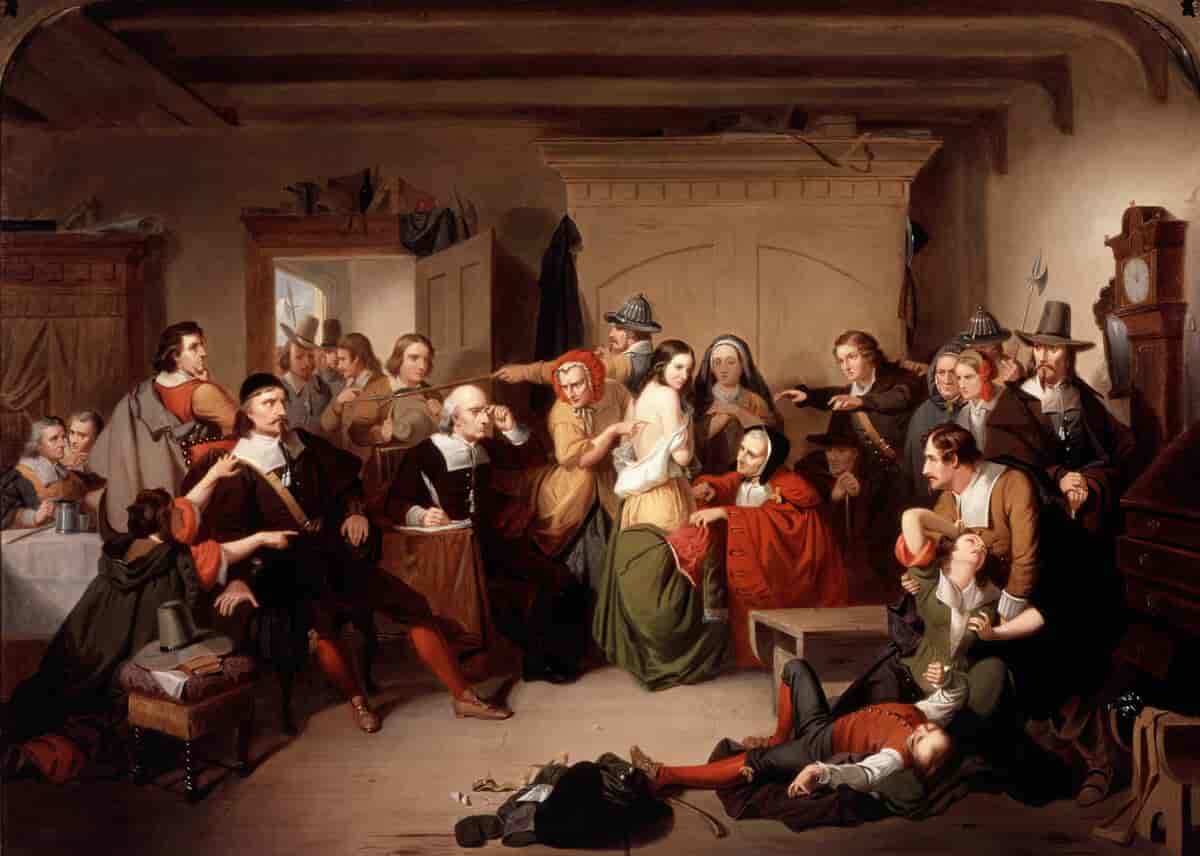 Mass hysteria hit the already divided and paranoid village. A month later, 25 more people were arrested under the accusations of witchcraft. The Court of Oyer and Terminer, meaning to hear and determine, was established in May to deal with the high influx of so-called witches. Men were being cast out into this unholy lot, along with the women, and soon, other townships followed suit. Their accused were brought to Salem to stand trial in the specially advised court. Salem jails overflowed with prisoners and the “witches” were held in other local municipalities such as Ipswitch, Gloucester, and Boston. By June over 200 people had been arrested and the hysteria had reached a peak. Divisions of religion, wealth, and landownership seem to play a role in the accusation process of who was a witch and who wasn’t. According to English law, which the settlers were still under, stated that if convicted of such a crime, your property rights would be confiscated and turned over to the courts. Power grabs were indeed at play here. In addition, many children outside the original nine began accusing others of witchcraft. Their misunderstanding of the severity of the issue also played a significant role. Any who met in opposition to these claims were themselves deemed to be a witch.

Gallows Hill and The Executions 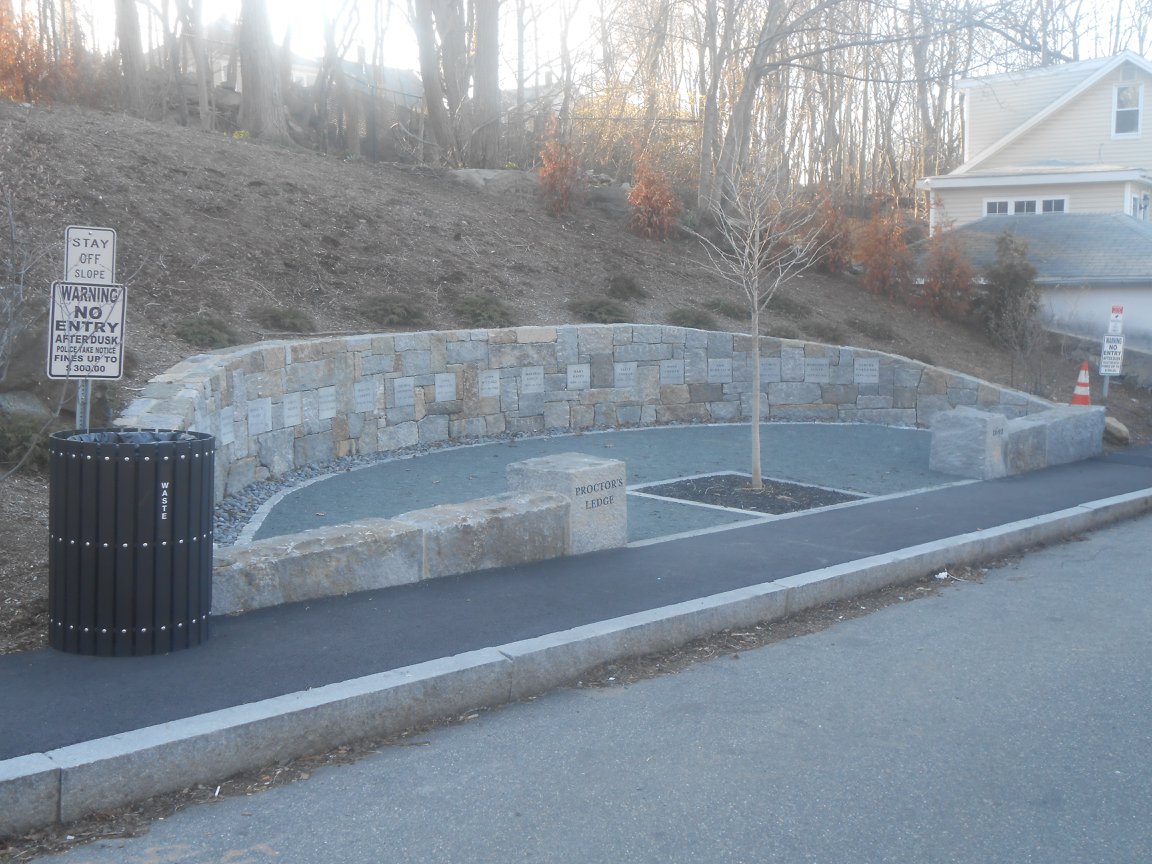 Between June and September 1692, 19 people met their demise due to the hysteria of these trials. Originally it was believed these executions took place on Gallows Hill, but in 2016 this was proved otherwise. The actual location is known as Proctors Ledge, named after John Proctor, who, along with his wife, lost his life during the trials and lies at the bottom of Gallows Hill. In 2017 a memorial was placed at the ledge in honor of those that died at the unjust hands of hysteria. Regardless of the actual execution locations, these areas remain a spiritual hotbed of activity today. Visitors to Salem and many locals report hearing screaming coming from deep within the woods around the area. A lady in white is often spotted near the area. According to local tour guides, Gallows Hill was also a common spot for suicides. This seems to have increased the spiritual presence on the hill and within Proctors Ledge. Many visitors report cold spots and disembodied voices and have caught numerous orbs in photographs and videos. Find out for yourself by taking a ghost tour of Salem with US Ghost Adventures! Read on to learn more about Salem, MA’s haunted past.