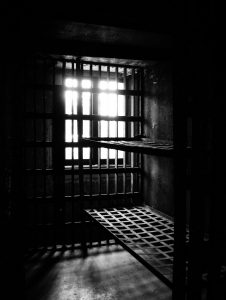 The neighborhood of Carrollton in New Orleans is vibrant and can be easily reached from the historic French Quarter by the St. Charles Avenue Streetcar. Back in the 19th century, that same car connected the neighborhood and provided access to all of the shopping, nightlife, and questionable activities the French Quarter could provide — the Old Carrollton Jail soon provided living quarters for Carrollton’s criminals.

Carrollton was laid out by a German surveyor named Charles Zimple in 1833. Before the town was plotted, the land had belonged to the MaCarty Plantation and was once even owned by Madame Delphine LaLaurie (surely you remember her, the woman who so badly abused the enslaved people in her home that the law got involved?)

Almost immediately, Carrollton was viewed as a place that everyone should move to — it was up and coming, the hottest neighborhood around. It became the seat of Jefferson Parish, and as the population increased, the soft white underbelly of the city was shown.

Murder, thievery, assault — you name it, Carrollton had it. With all of the crime came the need for a jail. Twenty years after its start, the city commissioned Henry Howard to build a new city hall and jail. Even though it no longer exists, the building sat at the corner of Short and Hampson Streets.

It was bland, with large doorways and barred windows. Bleak and hideous. Within just a year of its completion, it was beginning to resemble an old ruin with evident signs of decay.

It functioned as any other jail at the time; there were assaults, hangings, and murders. On one particular occasion, a man was lynched in the courtyard for murdering his child.

One of the most horrible stories to have escaped jail is that of a gruesome murder. A husband was the culprit, and fearing the possibility of hanging, he gathered her remains and tried to dissolve them in lye.

It didn’t work — he got caught in the act.

He never even made it to trial; the police officers of the jail were so disgusted that they beat him to death right then and there. His last words were, ‘I will make you rue the day you were born.’

Haunts of the Carrollton Jail

He stuck to his word. Since his death, strange and unexplainable phenomena began to occur. Disembodied footsteps were heard walking up and down the empty hallways — worried inmates would peek from their cells and hear someone passing by but see nobody. Even the guards themselves grew concerned as objects flew from shelves.

In 1899, stories of the ghostly activity at the jail reached the media. Transfers from the jail were at an all-time high — no one wanted to be imprisoned or work at the Carrollton Jail. A headline greeted New Orleanians of the time, stating, ‘Real Ghost Story, The Old Carrollton Jail is Said to be Haunted.’

These weren’t stories from the drunk tank or a padded holding cell; these were reports from ‘nine levelheaded and unimaginative men — members of the police force,’ the 1899 edition told.

One police officer was nearly strangled to death by unseen hands while working his shift at the jail.

Officers assigned to the jail often heard strange sounds and had even reported seeing a pale, bearded man drift by them and vanish shortly after.

Inmates weren’t even safe from the wrath of this entity, and they used to beg guards not to place them in Cell 3, where there had been rumors of other prisoners being beaten and held down by an invisible force. Cold hands were felt on necks, blankets ripped off their beds, and late-night brawls were heard from empty cells. There’s a story that years before, in Cell 3, three prisoners who had committed heinous crimes were involved in a bloody brawl within the confines of the tiny cell. 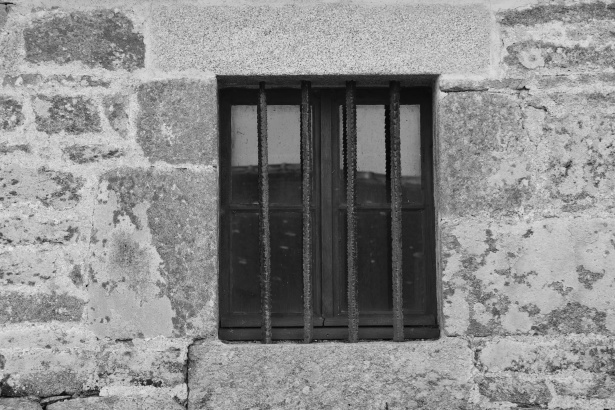 One 1899 newspaper told the story of a sofa that was pushed up against a wall where the murderous husband died and would violently eject those who tried to sit or lie down on it.

Another story is told of a pair of women who were found guilty of killing their common lover and cutting out his liver; they were frequent ghostly visitors to the jail. They have been seen wandering the grounds where the jail once stood.

When the abandoned jail was finally torn down, workmen reported seeing strange shapes rising from the rubble — perhaps the souls of those trapped here finally escaping — to where? No one knows.

Could some of the activity at the jail be caused by the man who was killed without a fair trial? Perhaps he is exacting his revenge on the living. He would have continued to do so if the jail hadn’t been demolished in 1937. Even though the jail is long gone, it’s possible that the land absorbed the energy that came out of the years of abuse and suffering that occurred at the jail and that the ghosts of those who endured their prison sentences still haunt the area of Carrollton to this day.