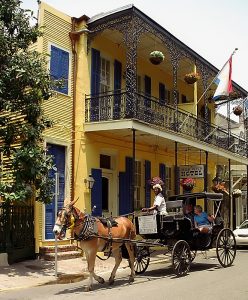 Stand out on beautiful wrought-iron balconies of the Andrew Jackson Hotel as you look over bustling and lively Royal Street — see street performers and listen for faint sounds of jazz and blues riding along the humid breezes of New Orleans.

The Andrew Jackson Hotel is situated in the heart of the French Quarter — it sits amidst the entertainment and culture that the Big Easy is best known for. The hotel has been listed on the National Register for Historic Places since 1965. The building has been on the lot since 1890, but the history of the land transcends further back than just a century. Want to learn more? Check out New Orleans Ghosts and book a tour today!

The History of the Andrew Jackson Hotel

The Andrew Jackson Hotel has changed faces a few times throughout its years before landing in the purpose it serves today.

As the city grew, so was the need for schools for the area’s children — alas, an all-boys boarding school was installed in 1792 by the Spanish Colonial Government. Many of the students were orphans, left without parents after the Yellow Fever epidemic swept through the city and claimed the lives of hundreds of parents.

The boarding school saw initial success but was destroyed by two fires that ravaged the city in 1794. The first was smaller, but one account states that the boarding school swayed and shook like a hurricane whirling through the city. There’s not much information on the cause of the first fire, but the second fire in December 1794 consumed the whole city and its structures, including the boarding school. 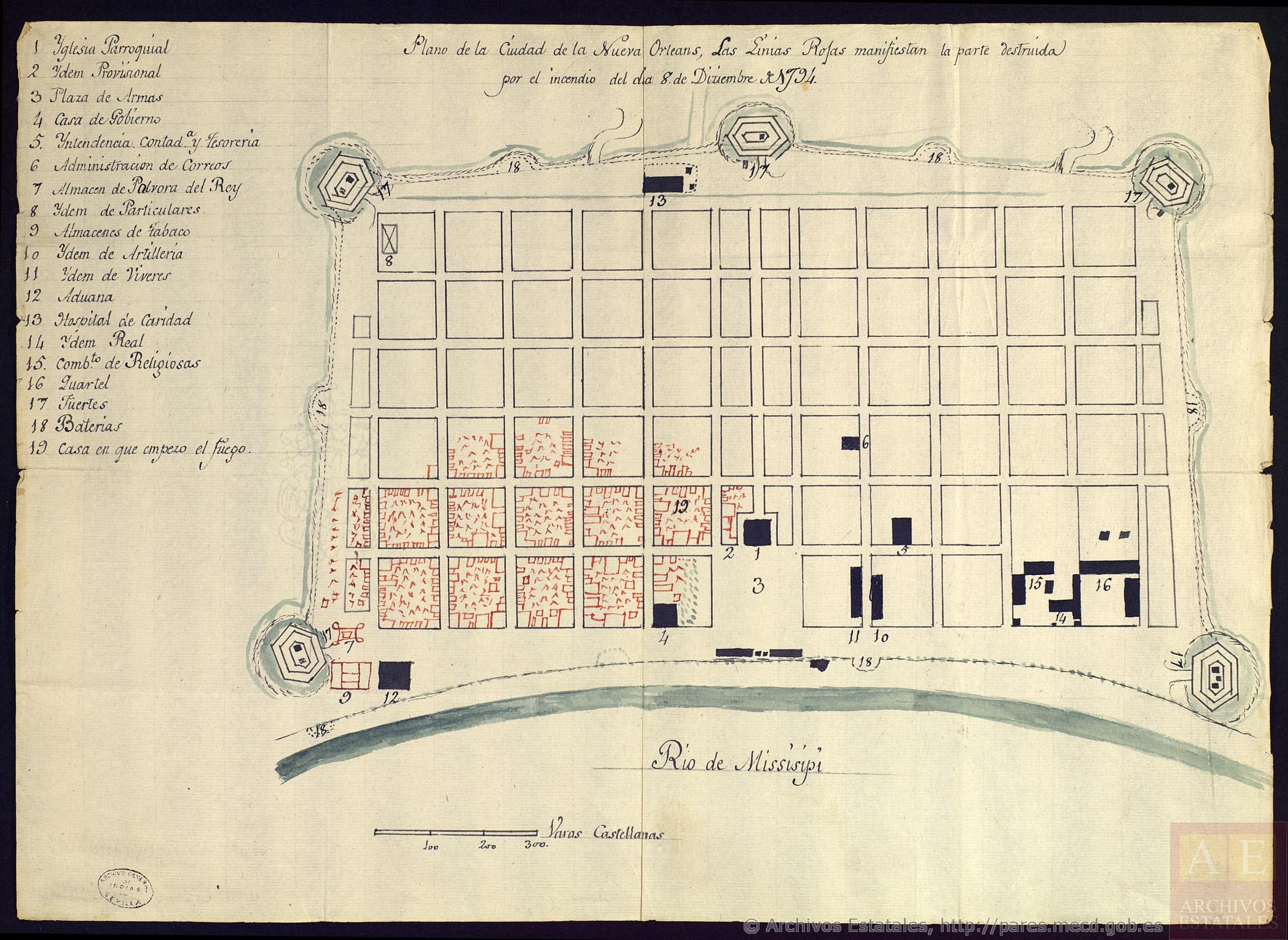 Did the boarding school actually burn down, though? There exists an article from the 1850s that states the property at 919 Royal Street was one of a few that survived the great fires and that when the 1803 Louisiana Purchase was signed, the property was converted into the Federal Courthouse — having undergone ‘little to no architectural alterations.’

It’s also said that five boys perished in the December fire, so who knows the truth after all?

Almost immediately after the boarding school burned down, the site of the Andrew Jackson Hotel became home to the Federal Courthouse in New Orleans. In December of 1814, General Jackson declared martial law throughout New Orleans — no one could come or go. Though Jackson had defeated the British at the Battle of New Orleans, he was preparing for yet another invasion. He was fretting over the Brits sneaking into the city. Maybe his fears were justified, as a naval battle did take place on January 19th…

By March 1815, the people of New Orleans were sick and tired of being trapped within their city. Jackson’s tactics were criticized, and a man named Louis Louailler wrote an anonymous article about Jackson’s heavy-handedness. Jackson discovered the writer’s identity, and he had Louis imprisoned. Judge Hall signed an order for Louailler’s release — Hall was jailed shortly after.

Judge Hall was banished from the city until a peace treaty was signed and British troops left the coastlines of Louisiana — only then did Jackson release his prisoners.

Judge Hall returned, his fury was as intense as a Louisiana summer sun, and he demanded that Jackson appear at the courthouse. Though Jackson requested a trial by jury, Judge Hall refused and gave Jackson a $1,000 fine. Though many New Orleanians offered to pay his fine, Jackson told the people to give their hard-earned cash to the orphans and widows of the city.

The courthouse remained on the land until the original building was demolished in the early 1900s. Thus, the Andrew Jackson Hotel was born.

The Andrew Jackson Hotel These Days

The Andrew Jackson Hotel is a landmark — it has a history unlike any other hotel in the area. It’s one of the most stayed-in and most visited hotels in the French Quarter. It provides guests with that famous French Quarter hospitality. While it offers guests European flare, continental breakfasts, and valet parking, the Andrew Jackson hotel transports guests to a bygone era. Period furniture and gorgeous eighteenth-century decor give guests a glimpse into the energy that existed back in Jackson’s day.

If the walls of the hotel could speak, they would tell us about Jackson’s flare for the unexplained — the hotel’s assistant General Manager, Cody, stated that ‘the Andrew Jackson Hotel has my heart because of the history.. and I’ll admit it, the ghosts too.’

Spirits of the Andrew Jackson Hotel

It seems as if the ghosts of the five boys who are said to have perished in the fire still haunt the property today. The ghosts of these young kids have been heard playing in the courtyard at all hours of the day (and night.) One guest even reported being woken up from his sleep because of static coming from the television. Wondering how it could have turned on since he turned it off before bed, he rolled over and was frozen by the sight before him.

Sitting on the ground was a silhouette of a young child in front of the TV. The guest opened his mouth to shout, but the apparition vanished immediately from sight.

Guests who have been unfortunate (or fortunate) enough to stay in Room 206 have witnessed the apparition of a young child that’s been named Armond. Various stories exist about this young ghost, all of which reflect upon how he died.

Armond was said to be thrown from the second-floor balcony or jumped on his own accord. Despite how he died, his spirit is said to have never left the Andrew Jackson Hotel and now haunts Room 208 and the surrounding halls.

Armond’s ghost is known to wake guests from their slumber with laughter; some have even been shoved out of bed. Others report tugs on their blankets and cold hands running over their bodies.

There’s a spirit of a woman in the hotel who is believed to be one of the hotel’s former housekeepers. Her ghost is known to straighten up rooms, fluff pillows, and reset furniture. Staff members report the feeling of being watched as they go about their daily routines. Footsteps are heard climbing the stairs day and night, and guests report seeing an older, short woman walking through the doors.

Various accounts tell that the hotel’s namesake spirit has remained. They report seeing the good General’s apparition walking about the hotel, especially on the second floor.