The Devil Lived on St. Charles Avenue in New Orleans 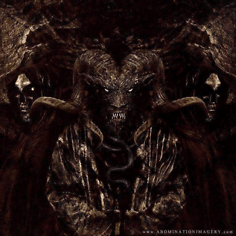 Some say the mansion was built overnight, while others swear it was completed in seven days. The home itself was oddly constructed, each room on a different floor. It was said that the devil didn’t use the front door, but instead floated into the house through the front gable. After dusk, locals swore they could see him looking down onto the street.

The devil’s mistress loved her new home — she lived a life of luxury with her tiny red demon servants, housekeepers, and cooks. They dressed her in lavish jewels and clothing and did all of her household chores — what more could a lady ask for?

Madeleine wasn’t happy, however. She soon grew bored of the home and when the devil went out on business, she began to have an affair with a local Creole man named Alcide Cancienne. The two carried this on for some time. Of course, when you cheat on the devil, it turns out badly.

One evening, Madeleine’s lover was approached in the street by a stranger with a face as red as blood and sharp teeth, who asked if he knew Ms. Frenau. Alcide confessed their affair, and the devil offered the man somewhere between $1,000 and a million pounds of pure gold to skip town.

When Alcide finally told Madeleine of the peculiar offer, she knew then that her hot-headed hubby was onto her. Alcide had grown tired of the affair and told her that night at dinner that he was going to take the devil’s offer and leave town.

She flew straight into a rage and strangled her beau with a dinner napkin. The enraged assault severed a blood vessel in his neck and spilled his blood upon the dinner table and Madeleine. In one story, she is said to have yelled:

Yikes. Talk about an estranged lover.

She then went to work wiping the blood off of the table, the curtains, and herself — in vain. The devil chose this moment to return home and as he arrived, he took in the bloody scene before him. He was livid with his bride and ended up taking her and her former lover to the upstairs balcony for a nice dinner. However, the main course was her and Alcide — the devil finished devouring them when he threw their empty skins into an alleyway behind the mansion to be eaten by whatever swamp critters found their way into the city that night.

The devil left town the next day, abandoning the mansion to the elements and father time. A new owner finally took on the renovations, and new people began to filter in. This is when the hauntings began.

Residents reported that at sunset, a giant table would appear in the dining room and the murder of Alcide would be reenacted by apparitions, followed by the ghost of Madeleine herself going from room to room, blood dripping from her shivering fingers.

Ghosts have been reported walking up and down the stairs, and jiggling door handles are commonplace. The smell of smoke wafts through the home regularly. The horrible nightly scene has even driven some visitors and residents away.

For many years, the mansion was again left in anguish until 1878 when Laure Beauregard, the daughter of General P.G.T. Beauregard moved in with her husband Charles Larendon. (As you may know, General Beauregard is said to haunt the Beauregard-Keyes House in the French Quarter!)

When Charles and Laure moved into the mansion, they also experienced the macabre events of the evenings, the ghostly arguments and screams, the bloodied apparition of the old lady of the house… but they weren’t driven away like previous tenants. For the next two decades, Charles documented the nightly events, even after Laure passed away during childbirth on Independence day of 1884.

Around 1909, Charles finally left the mansion. Years following, passersby reported seeing the disgusting face of the devil imprinted high on the mansion’s facade as the mansion fell into total disrepair. He was a permanent part of its withering masonry. 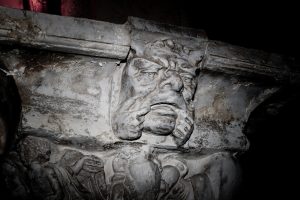 It is said that the devil himself resided right here in New Orleans. Source: Flickr

The mansion was torn down completely in the summer of 1930.

These days, a hotel sits on the site of the former Devil’s Mansion. Whatever was affecting the mansion seems to have gone down with it, as there haven’t been too many reports of hauntings by the hotel’s staff.

It’s been said that the devil never moved back to the Big Easy, but instead just visits every now and again when the streets are pitch black and the energy is riled up more than usual — and it’s no surprise, considering that New Orleans is said to be the City of the Dead. A perfect home for otherworldly overlords, if you ask us.