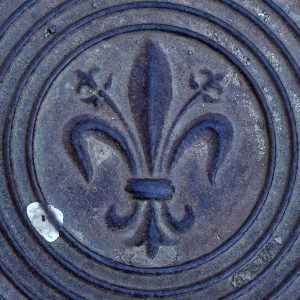 Unlike any other bed and breakfast in New Orleans, the Fleur de Lis Mansion tells of history so unique. Located at 1216 Annunciation Street, this grand mansion was unrecognizable just a decade ago. The late 20th century was unkind to the mansion, but it’s been revived and is now one of the city’s most prominent and historic bed and breakfasts.

Not a single weekend passes that the B&B isn’t booked up, with guests lured in by the spirit of the mansion. The 13-inch-thick walls of the estate have a compelling tale to tell, one that we’d love to relay to you.

The history of this plot of land goes back to when this beautiful home did not exist. As one of the first families in Louisiana, the Saulets seized this plot from the Jesuits’ plantation in 1763.

Thomas Saulet, the patriarch of the family, immediately set out to make this land, his plantation, one of the most prosperous in town. His original property stretched from Calliope Street to Race. When Saulet’s neighbor decided to sell a plot of his land to surveyors, Saulet followed suit.

He subdivided his land, and in 1810 he hired an engineer to sell everything off besides a third-of-a-mile radius around his home. His new neighborhood earned the name Faubourg Saulet.

Things were going well for Saulet, the revenue from selling his land was rolling in, and he was enjoying his newfound prosperity. However, in 1815, General Andrew Jackson led the Battle of New Orleans against the invading Brits. Thomas Saulet was one of the men who lost his life in the War of 1812.

The land and house remained in possession of the Saulet family after his death, and it was only after his widow Marie Therese Pery Saulet, died in 1823 that any of their children partitioned off more land. A few years earlier, the Saulet family had commissioned architects to build a pair of townhomes, one of which was the Fleur de Lis Mansion.

Thomas Saulet’s granddaughter, Azelie, and her husband, Theodule Verret, inherited the home in 1842 when they married. He and Azelie decided to make their permanent home at 1216 Annunciation, on the same land that the Saulets had lived since the 18th century.

Ferret was a businessman, too, and his land holdings grew. By 1859 he had acquired 127 acres of land on the north shore of Lake Pontchartrain. He also became Justice of the Peace and parish Treasurer in St. Tammary Parish.

The home at 1216 Annunciation continued in the Verret family until 1900, when Azelie, a widow, moved to the north shore.

It was later described as a ‘magnificent two-story brick residence’ in a 1900 sales ad, but the beautiful mansion would lose its glow and glamour by the end of the 20th century.

Between 1900 and 1919, the mansion sat empty on its lot. Lifeless, uncared for. This continued until it was purchased by the Hennessy family when they were informed that it was once a brothel.

No records or newspaper accounts prove this claim, but it wouldn’t be a surprise if it were. Situated so close to the Mississippi River, the former Saulet family home would have been a prime position for sailors coming in for the night from the port.

Additionally, it was during the years 1897 to 1917 that the city of New Orleans legalized brothels. It would have gone unlisted if the Fleur de Lis Mansion had been a brothel during those early years. Those stories remain locked tight within the mansion’s walls, with their mysteries remaining untold.

The Hennessys were solidly blue-collar — unlike their counterparts of Saulet and Verret families. James Hennessy was a boilermaker who belonged to the union, and his wife was a school teacher.

They opened the mansion’s doors to boarders after they purchased the home in 1919 and continued to lease the estate until the 1950s. They advertised the open rooms in newspapers and countless families moved in with the family over the decades. The home remained with them until Hennessy’s son, Wilbert, died in 1985.

For twenty-five years, the mansion sat abandoned. Many of the homeless population in New Orleans sought shelter within its walls. One particular night, a squatter almost burned the place down. Seeking warmth from the cold, a fire was lit, which could have consumed the whole home if it wasn’t for those thirteen-inch-thick walls. 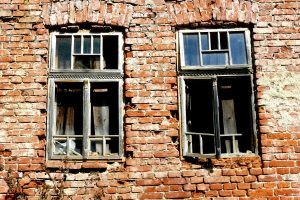 If walls could talk at the Fleur de Lis Mansion… what would they tell us? Source: pxhere

The building lay lonely until it was purchased by a man named Jim in 2010. He bought the mansion for $90,000, and his next-door neighbor wished him luck, stating that he would have never invested a single penny into the property.

Jim didn’t shy away from the project and hired more than 35 workers to get into business. For six weeks, they conserved the building’s historical flair and updated it simultaneously with modern amenities.

Today, the bed and breakfast has a beautiful and unique flair. The history of the Fleur de Lis Mansion is visible in every nook and cranny of the building. The exposed brick still contains horse hair from the 19th century; the charred marks remain on the door of the Red Room, where the homeless nearly set the place on fire, and even the original firewall in the White Room, which was once part of the slave quarters.

While the past is straightforward to see at the mansion, so are the spirits grace the halls of this amazingly historic residence.

The mansion has been reportedly haunted for years. Some spirits clearly enjoy pulling pranks on the living, and others just want their presence known. It seems as if the construction that took place in the mansion has stirred up some of the resident ghosts.

One of the more common reports tells of a super-deep man’s voice echoing throughout the halls of the mansion. It happens once or twice a month, coming through the stereo system just above the Fleur de Lis Suite bed.

Who’s voice is it? No one knows for sure, but the fact remains that spirits often manipulate electrical equipment to absorb energy to manifest themselves.

In the Red Room, a ghostly prankster haunts. An employee was cleaning up the suite when she noticed that the heart-shaped dish she placed in the bathroom was always moved out of place.

History and The Friendly Ghosts of the Fleur De Lis