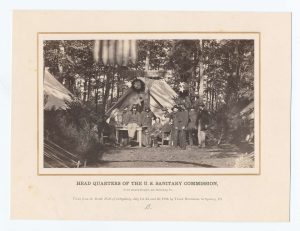 The Battle of Gettysburg was fought July 1–3, 1863, in and around the borough of Gettysburg, Pennsylvania. On one side of the soon-to-be carnage-filled arena, the Union forces. On the other side, waiting to get their licks in — Confederates. Brother literally against brother. American against American. A deadly war was coming to sanguine fruition. A war that ripped a nation in half. Of course, battles don’t just produce dead men — they also give forth wounded ones. Wounds that are not mortal are just as random and varied as the men who carry them. Several volumes of The Medical and Surgical History of the War of the Rebellion tell the horrid practices and nature of medicine during the American Civil War, some of which occurred at the infamous Hospital Woods, as it was dubbed.

Malevolent Medicine of the Civil War

Soldiers were struck with lead balls that flew through the humid air at 900 feet per second — what happened to them next depended on where they were hit. These lead bullets hit and pulverized bone, flattening it. The sheer volume of wounded men pouring into field hospitals like Hospital Woods rendered repair and setting of these broken bones impossible. The most efficient thing to do was to amputate the limb and bring in the next patient.

If this lead bullet was to hit a soldier in the torso, all that could be done was to make the patient as comfortable as possible, lying him on a straw bale in the corner until he passed away. Internal surgery was almost unheard of during the Civil War.

‘A soldier, wounded in the intestines, is laid upon the operating table and a surgeon does a brief examination with his fingers to see how extensive the damage is. Finding that there is nothing he can do, he tells the orderlies to move the patient and bring in the next, a young man in good health with just a minor flesh wound on his arm. The surgeon pokes around with the same fingers that just examined the previous soldier’s intestines, makes sure the bullet is nowhere to be found in the arm, and has the orderlies bandage the arm. “You’ll be fine,” he assures the young man with the arm wound. About two weeks later, the soldier with the gut wound is sent home to recuperate. The young man with the minor arm wound feels fine one day, but is dead the next of tetanus or blood-poisoning from the introduction of bacteria by the surgeon’s dirty hands.’

Field care for the wounded started to become more organized once it was realized that this method of medicine just was not sustainable. Aid stations like Hospital Woods were set up to care for the wounded until they could be transported to larger field hospitals or safe locations where operations could take place. 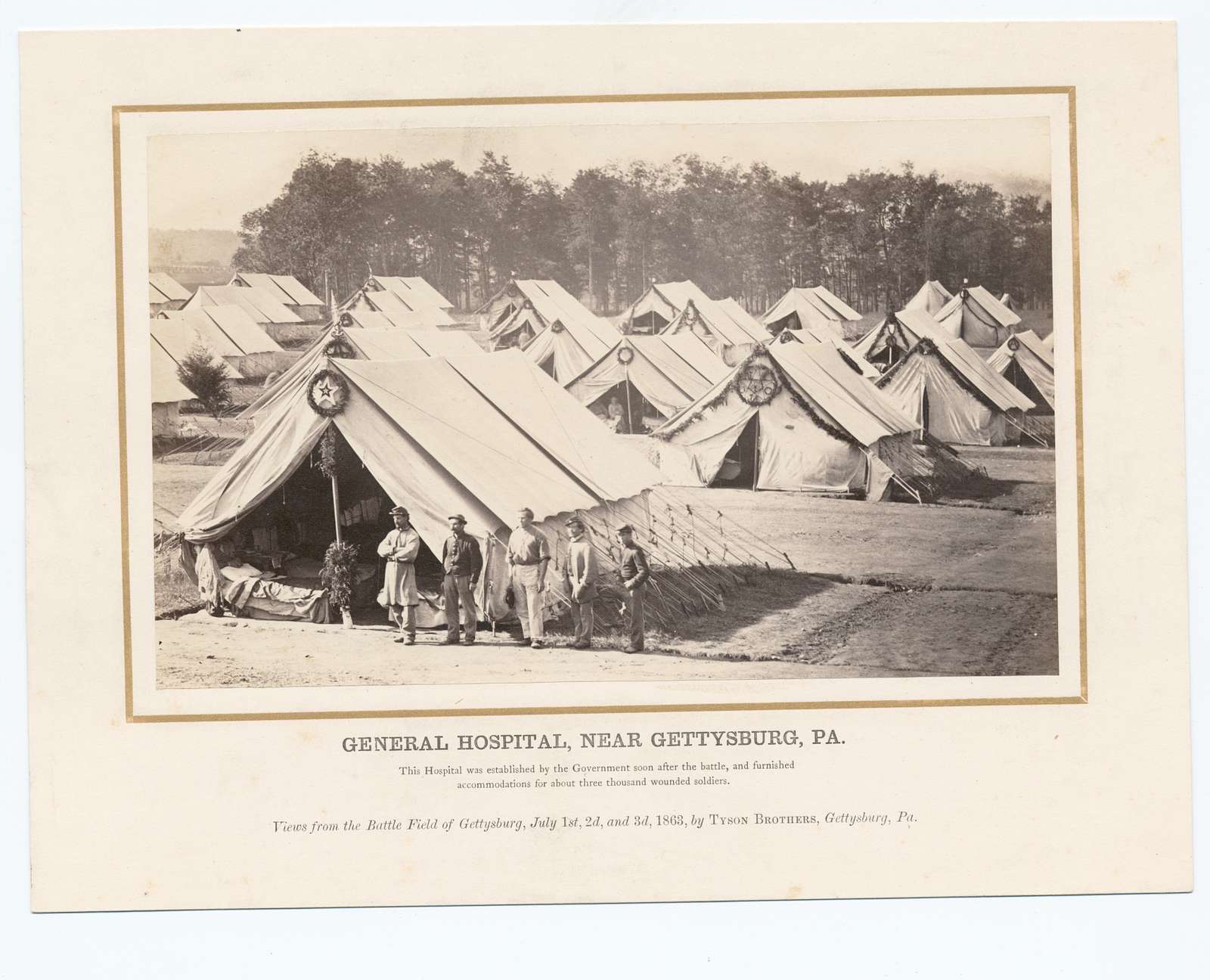 A field hospital just outside of Gettysburg, much like the one found at Hospital Woods. Source: NYPL

Hospital Woods was set up in a clearing between two wood lots, a more considerable lot on the northeast side and a smaller lot on the southwest. Over 500 tents were pitched in neat, orderly rows. The wounded from the surrounding field hospitals were eventually moved to the tents of Camp Letterman. Here they were treated and cared for by members of the Army Medical Department as well as the Christian Commission and the Sanitary Commission:

‘The hospital lay in the rear of a deep wood, in a large open field, a mile and a half from Gettysburg, and overlooking it, the single line of rail which connected the battletown with the outer world, sweeping it to one side and winding through the woods. The hospital tents were set in rows, five hundred of them, seeming like great fluttering pairs of white wings, brooding peacefully over those up between the rows, in order that they might dry quickly after summer rains.  The ground, now sodded, soon to be hardened by many feet, was the only floor in the wards or in our quarters.  The latter, with those of the surgeons, was set at the edge of the woods.

Everything is being done to relieve and soothe the sufferers that attention and kind human hands can do.  Deaths do daily occur, but from the severity of many wounds, this cannot be prevented. All that skill and careful nursing can do, however, is being done.  There are over 1,600 wounded there, making the population in the camp, including surgeon, nurses, other attendants, and guards of over 2,000 persons.’

An entire chapter in Ghosts of Gettysburg IV  by Mark Nesbitt is dedicated to a home with an unusual amount of poltergeist activity located across the road from Hospital Woods.

Hauntings at the House of Hospital Woods

The activity at home started with just a few benevolent events while the homeowner was out of town. When she returned home, she noticed that a specific throw pillow on her sofa was out of place, and a book on the side table was moved to the edge. She would have been less frightened, but she was alone in the home, a recent widow.

One night she woke up to lights in her foyer turning on by themselves, which she had turned off before she retired to bed. Shutters on the basement windows opened and closed on their own (or by unseen hands), and her guest bedroom door had scuffs on the bottom as if someone had been kicking at it.

One day, while enjoying a conversation on the phone, she was stunned to hear the basement door closing, only to go downstairs and find the door completely open.

She played it cool for her friend on the phone, but after the two hung up, she was shaken and afraid of what would come next — the activity was ramping up.

Electronic equipment soon began to act up in the home, with audiotapes playing by themselves in the middle of the night, rewinding themselves and playing from the beginning. Three nail holes were dug out in one of her side tables, the same table on which the book had been moved.

Countless other events occurred in the home, including moving heavy furniture, which only a few strong men could shift. Some believe that powerful and angry men caused the heavy-lifting and destructive nature of the haunting. Perhaps ghostly Confederate soldiers are hell-bent on wreaking havoc in Yankee territory, seeking vengeance on civilians for what Union soldiers did to them a century and a half earlier.