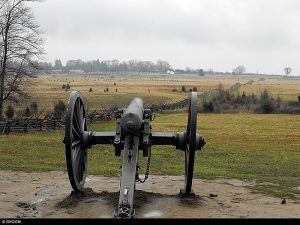 Civil War enthusiasts swear that the battle near the small Pennsylvania town in 1863 was the bloodiest of the entire war, or at least the turning point that led to the fall of the Confederacy. For most, the mere mention of Gettysburg conjures images of blood-soaked battlefields, unexplainable encounters, unmarked graves, and countless restless ghosts, and Triangular Field is no different.

Are you looking to experience the haunts of Gettysburg for yourself? Book your Gettysburg ghost tour today!

By the early summer of 1863, the war in the east was going very well for the Confederacy. General Lee was confident in his men after his victories at Fredericksburg and Chancellorsville. Lee urged President Davis to take the war to the north — this would relieve the pressure felt by the government in Richmond and also ease the load on Confederate supply lines.

It seemed as if the outlook for a northern invasion was a positive suggestion, and if a downside existed, Lee couldn’t see it. Lee moved secretly and began his northern thrust on June 3rd, 1863. He marched his weary troops into the Shenandoah Valley and pushed forward, using the ancient mountains as a shield.

On June 15th, Lee overwhelmed a Union force at Winchester and continued northward. By June 28th, all Confederate troops had crossed into Union territory. The Union side wasn’t caught with their hands behind their backs; they knew of enemy movement and made moves to meet Lee where he stood.

With the news that Union troops were aware of his plans, Lee sent out an order to concentrate Confederate forces at Cashtown, a small village between Chambersville and Gettysburg. Here, Lee would confront Union troops. The Confederate Army was in place north and west of Gettysburg, suffocating the land. The Union Army was south of Gettysburg, and neither side knew exactly where the other was.

The Rise of a Legacy

Before this, there was nothing to set Gettysburg apart from countless other small towns in America. The population was just 2,400 people. Aside from a thriving carriage industry, the town boasted two colleges- nothing more than a sleepy little farm town- but in 1863, all of that would change when cavalry units rode into Gettysburg under the command of General Buford. 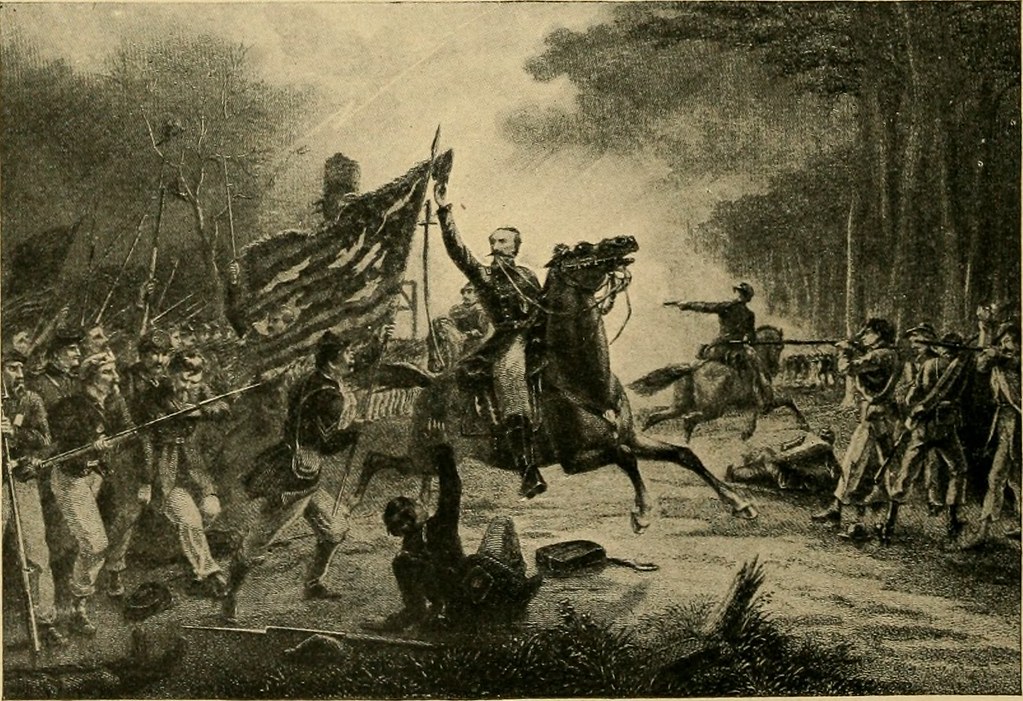 Men ride directly into the arms of death during the Battle of Gettysburg. Source: Flickr

After this advance, the fighting lasted for three days, across rolling hills and throughout the forests and streets of Gettysburg and the surrounding areas. By the end of the third day, the Battle of Gettysburg would be remembered as the single bloodiest day of the war, as almost one-third of all troops were lost.

The battle encompassed and decimated Gettysburg and its once-peaceful and picturesque fields — including one now known as Triangular Field.

Triangular Field is situated just northwest of Devil’s Den in Gettysburg. Not much is to be found about this particular area of land, but hundreds of unexplained ghostly accounts have been reported from the field.

Apparitions of Confederate sharpshooters have been sighted by the rocks down near the bottom of the field itself, disembodied ‘rebel yells’ have echoed out across the plains, and visitors report seeing impressions of bodies in the grass, crawling in specific directions, as if they’re following some advancement orders. 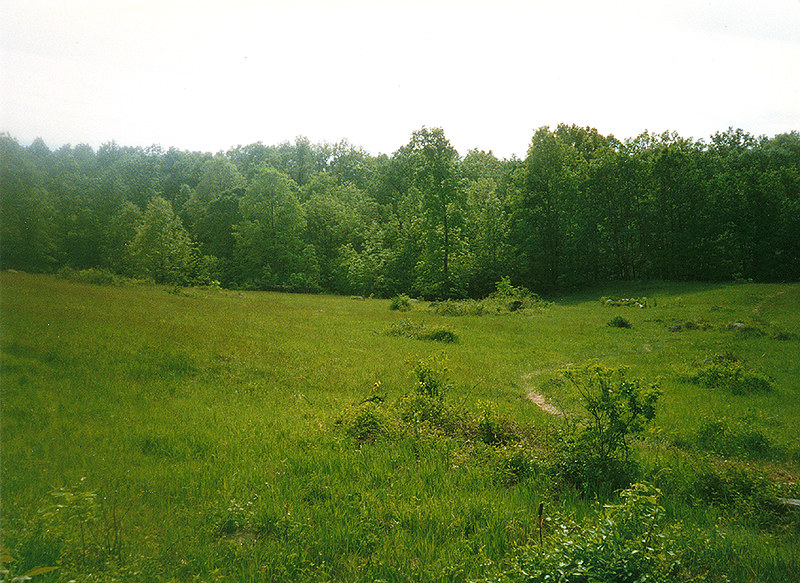 Imagine the images of men crawling through these fields, hoping they make it through the Civil War’s bloodiest battle. Source: Flickr

Cannons and screaming are reported throughout the entire Gettysburg battlefield, especially at Triangular Field. The sounds of moaning and dying soldiers are still heard, even today, their energies echoing on. Union soldiers have been spotted at the field’s left gate entrance, and many visitors report being approached by men dressed in Civil War garb.

Many visitors assume they’re re-enactors but later find out that no re-enactments were occurring that day. One of the strangest reports is that no matter how up-to-date or technologically advanced one’s camera equipment is, it refuses to function in Triangular Field.

Photos were later found to be nothing more than blank screens and white film. Distant sounds of wartime drums have also been heard echoing across the fields at Gettysburg. Most visitors who dare to step foot on the battlefield or even in the surrounding buildings leave the area with an unexplainable story, whether it be a sighting of a full-body apparition or just a whisper from an unseen soldier in their ear.

Due to its tragic history, the Gettysburg Battlefield and its surrounding areas are crawling with ghostly soldiers and those involved in the skirmishes, from active fighters to the nurses who tended to the wounded behind the scenes.

The lives lost at Gettysburg are genuinely astronomical, and one would be naïve to think that the horrors of the scenes witnessed here, as well as the terror felt by the dying, wouldn’t leave an energetic imprint on the entirety of the land. Forty thousand men died or suffered significant injuries on this area of land, and that energy can be felt to this day. Just setting foot on the ground at Gettysburg is a sobering experience.

Taking in the grasslands’ vastness, knowing that hundreds of bodies are buried below your feet as you walk, unmarked graves dotting the entire landscape. The land as a whole is truly choked by the negative attachments that were born there years ago.