Tragic tales and horrifying details, Edgewater Hotel has a history that goes back decades. Learn the full story on a tour of haunted Gatlinburg with USGA. 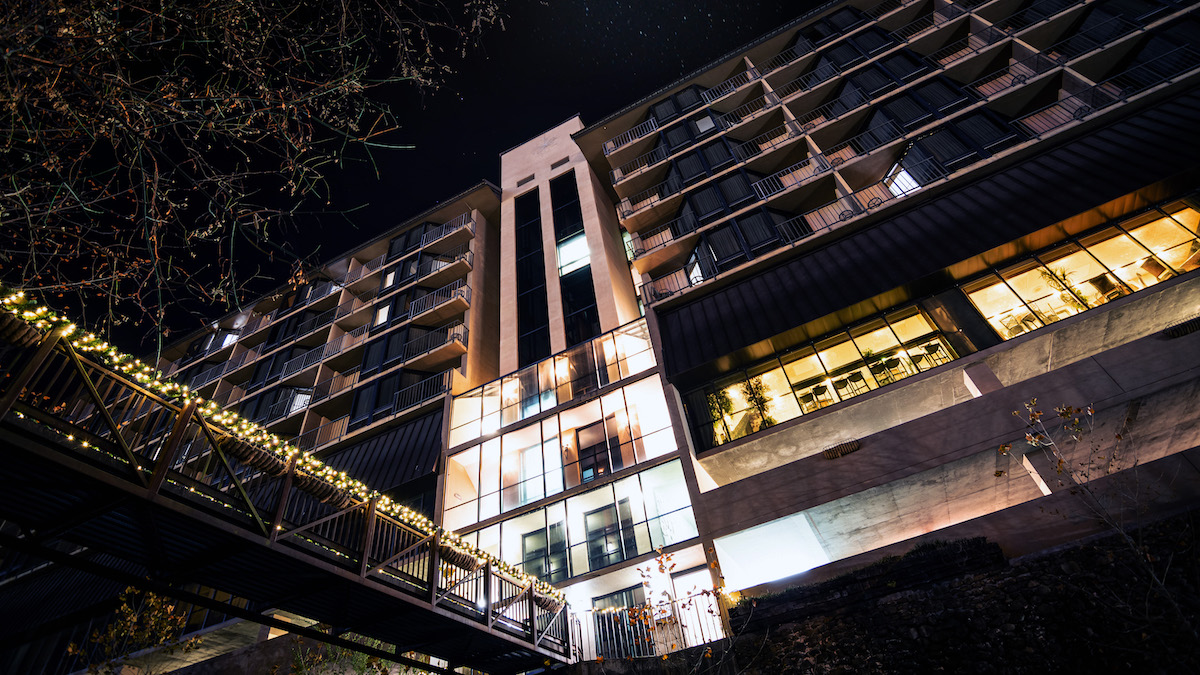 Situated next door to the Mysterious Mansion, Edgewater Hotel is in a prime position for a few haunting experiences.

Given the history of the Edgewater Hotel, people often mistake it for an extension of the haunted house next door. But the Edgewater has its own unique tales of horror and tragedy.

If you are looking for a real spooky thrill, a night at the Edgewater might just suit you fine. Uncover what lingers in the shadows of this inn on a tour of haunted Gatlinburg with US Ghost Adventures.

Numerous ghost stories surround this particular hotel. Most famous of all is perhaps the story of a young girl, aged only seven, who fell from an upper balcony into the river below.

It wasn’t long before the police began to suspect the father’s involvement in the gruesome death. Fearing that he would be found responsible, her parents fled the scene.

However, the winding roads of the Smoky Mountains led them to a different kind of escape. In their haste, the couple drove the car off the road and plunged into the river below, overturning it several times.

Locals say that the little girl appears wandering that same river and occasionally pointing back up to the room from which she fell. What she wants is unclear, but her presence has haunted hotel guests for decades.

It isn’t just the river beside the hotel that has its fair share of unsettling tales, either. The stories surrounding the Edgewater Hotel are numerous, and each more gruesome than the last.

The kitchen staff has their own poltergeist, lovingly named Alvin, who enjoys nothing more than throwing ingredients around. According to staff, Alvin once worked at the hotel. His reasons for haunting his old place of employment are unknown, but he is persistent and shows no intention of leaving any time soon.

Guests at the hotel also have reported strange figures standing at the end of their beds, watching them sleep. Other guests have heard strange sounds beside them as they try to sleep, with no explanation in sight.

Then there is the story of a scout leader murdering members of his troop on the seventh floor.

The truth of some of these claims is hard to pin down. However, regardless of what may have happened within the walls of this hotel, there’s one thing we’re sure of: it deserves a visit.

Each room at the Edgewater Hotel is a new story—and another hair-raising tale that speaks to its sinister history. Hear them for yourself when you book a tour of haunted Gatlinburg with US Ghost Adventures. You’ll learn that this seemingly unassuming town is a fascinating place of history and haunting. 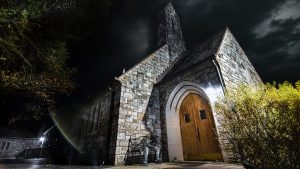 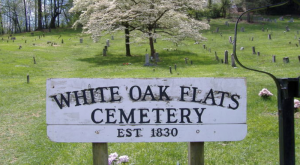