William Riddick Whitehead was born in Virginia in December of 1831 and went on to serve as a battlefield surgeon in the Russian Crimean War and then the American Civil War. 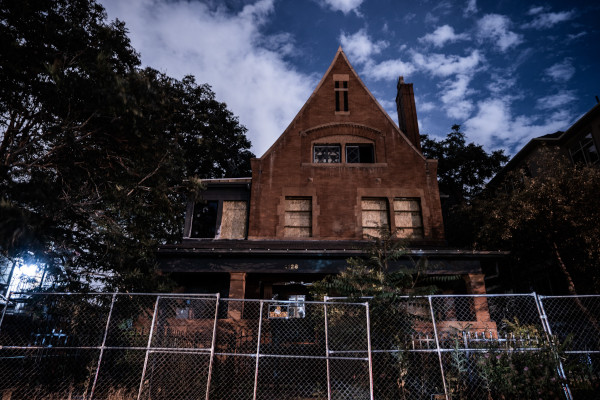 William Riddick Whitehead was born in Virginia in December of 1831 and went on to serve as a battlefield surgeon in the Russian Crimean War and then the American Civil War. After the wars, Whitehead found his way out to Denver where he was the lead surgeon on the city council who pushed for new health reform and would often volunteer at Denver General.

Before his death in 1902, the house was a favorite party spot amongst those in the medical field, but to Whitehead, it was often to known to be a torture. Whitehead would consistently speak of seeing the ghosts of the soldiers he lost moving about the house as his headed to the grave.

After Whitehead’s death, the energy of the house shifted when it was rented out to James Peabody in 1903. Peabody was a successful banker and mine owner turned governor. During his administration, mining strikes swept through Colorado which led to issues between workers and security guards.

Peabody’s open support of the miners led to the deaths of over a hundred people and thousands who were injured and arrested or deported from the state. It is believed, by many, that Peabody has been trapped in this house forever by his hatred for the unions that revolted against his ways.

Failed Businesses in the Mansion

The Peabody-Whitehead Mansion has also been home to multiple restaurants and nightclubs over the years, including the Carriage Inn, Bombay Club, and Señor Peabody’s. Each of them came to face failure after only a few years of dealing with breaking glasses, dishes being thrown around the room, and weird noises, screams, and baby cries.

In 1983, one businessman tried to open a haunted bar in the house; it closed within the year after a ghost poured beer down a cook’s shirt. Due to these incidents, many have come to steer clear of the house. While it was empty, you could still hear the sounds of disconnected phones and service bells ringing and unwired lights could be seen flickering from outside.

In the 1970s, a team of psychics and parapsychologists were hired by the owners to investigate the premises. They reported that there were many ghosts within the building, including one lovestruck young woman who had been abandoned by her groom in the house. It was upstairs that she chose to hang herself and now she is forced to stay here, awaiting her lover’s return for eternity.

Other occupants of the house include a poltergeist who likes to play with the chandeliers and bells, a grumpy old man who prefers to be left alone and only bothers those who occupy his room, and a basement full of the demons from numerous rapes, murders, and suicides. Once, a woman went to the ladies room and returned pale and shaking from having just seen the corpse of a man hanging over the toilet.

In 2012 on an episode of Ghost Adventures, another team of ghost hunters spent the night in the mansion. They set up a dinner table and hosted a three course meal to see if they could attract the spirits that drove so many restaurants out. After being hit in the head mysteriously, hearing the whispered word of ‘waitress’ in an empty room, and one server’s hands turning blood red out of nowhere, the team agreed that the ghost of Peabody resides there still, revolting in unionized ways.

The team then headed to the basement where they used special frequency devices to pick up the voice of a ghost who told them of a woman who was raped and buried in the crawl space above the ceiling where the street is — a picture reveals the face of her watching them from her eternal resting place.