Betts House is the oldest brick house in Ohio, and it is also one of the intriguing stops along our Cincinnati ghost tour. Book your tickets today! 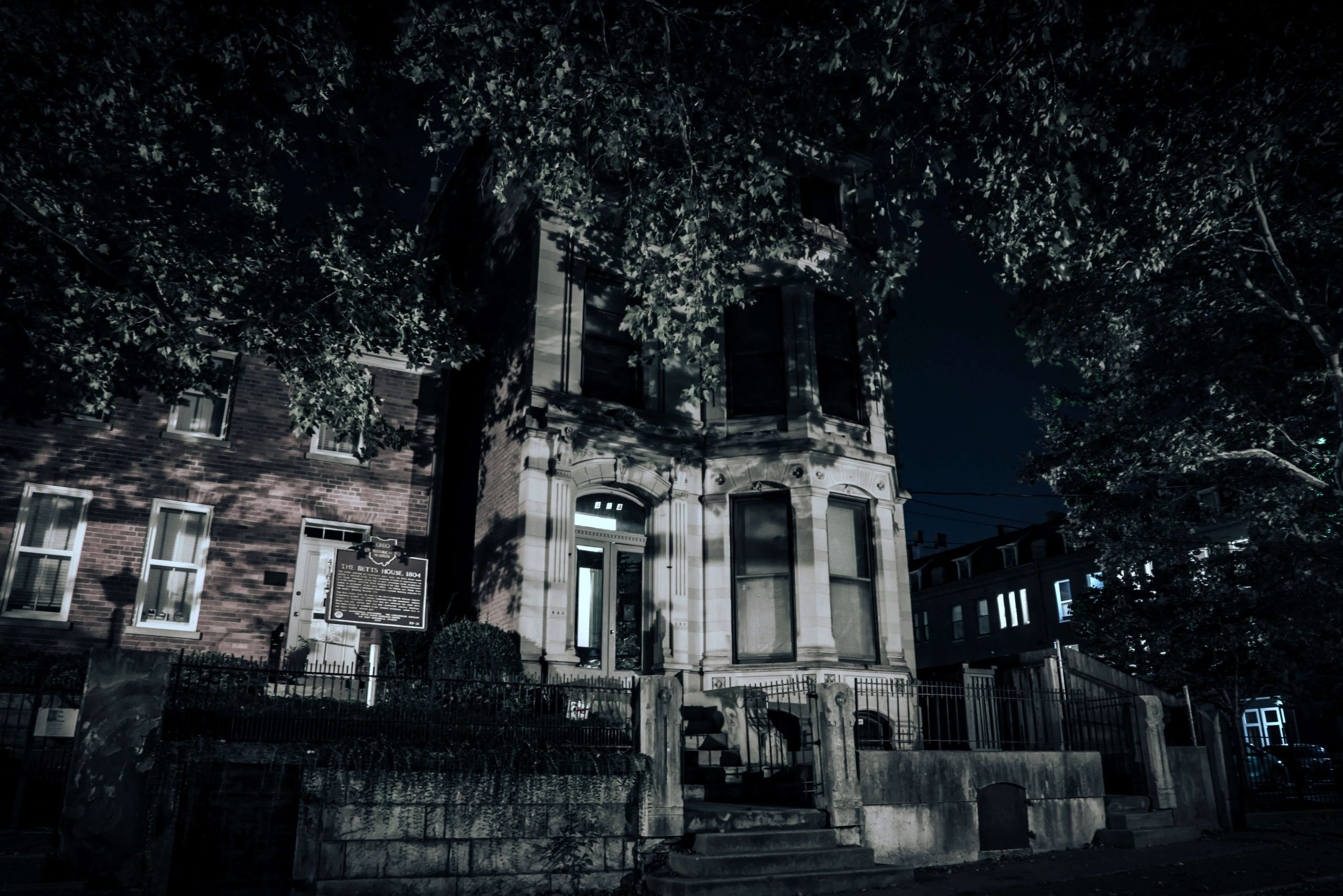 Cincinnati is no stranger to old buildings, with mystery and intrigue steeped into the centuries-old city. The Betts House, however, stands out entirely.

It is the oldest brick house in all of Ohio, built back in 1804 in the early days of settlement. Indeed, the house is so old that it pre-dates Cincinnati’s incorporation as a city, which had only become a chartered town two years prior. The Betts House originally existed as a humble farmhouse but now finds itself nestled amidst Cincinnati’s bustling metropolis.

The story of the Betts House epitomizes the American Dream. William Betts, originally from New Jersey, believed greater fortunes lay West. He packed up with his wife and their seven children and headed to Cincinnati, eventually arriving in 1799. After accepting 111 acres of land as payment for a debt he was owed, Betts built his new home from the surrounding clay deposits.

The original structure was fairly simplistic. It had two floors with a single room on each. Deciding seven children wasn’t enough, the Betts family expanded to twelve, and as such, the house had to expand too.

By 1810, the home had another two floors with a further two rooms. Following the death of William Betts in 1815, the house and land were divided up among his children.

An Anchor to the Past

Part of the intrigue surrounding Betts House is how it remains anchored to the past. When first built, it sat amidst rolling fields of farmland. Now, it sits resolutely among houses on the busy streets of Cincinnati. It perfectly encapsulates the old and the new, with one foot in the past and one foot in the present.

With the title of the oldest brick house in Ohio, it’s incredible that the building is still standing. Centuries of history have passed since William Betts first built the foundation, and the home has stood witness to it all. The Betts House has seen it all from farmland to metropolis, remaining (relatively) unchanged through the years. It’s a perfect remnant of history that everyone should see at least once.

But is it haunted? That’s what our ghost tour aims to answer ultimately. Betts House is more than just an old house. It also possesses a mysterious history dating back to a very different time. It once housed fourteen residents, leaving no doubt this house has some stories to tell. Who knows, you may even see one of the original residents walking the halls, wondering why all these people are in their farmhouse.

There is no denying the historical significance of Cincinnati, which earned its reputation as a key player in trade thanks to the Ohio River. But every house has a story to tell and none more so than the Betts House. Discover its darker secrets, and book your tickets for our Cincinnati ghost tour today.