Looking for your next scare? 1313 Vine Street has a dark underbelly you need to see to believe. Discover it on the US Ghost Adventures Cincinnati tour. 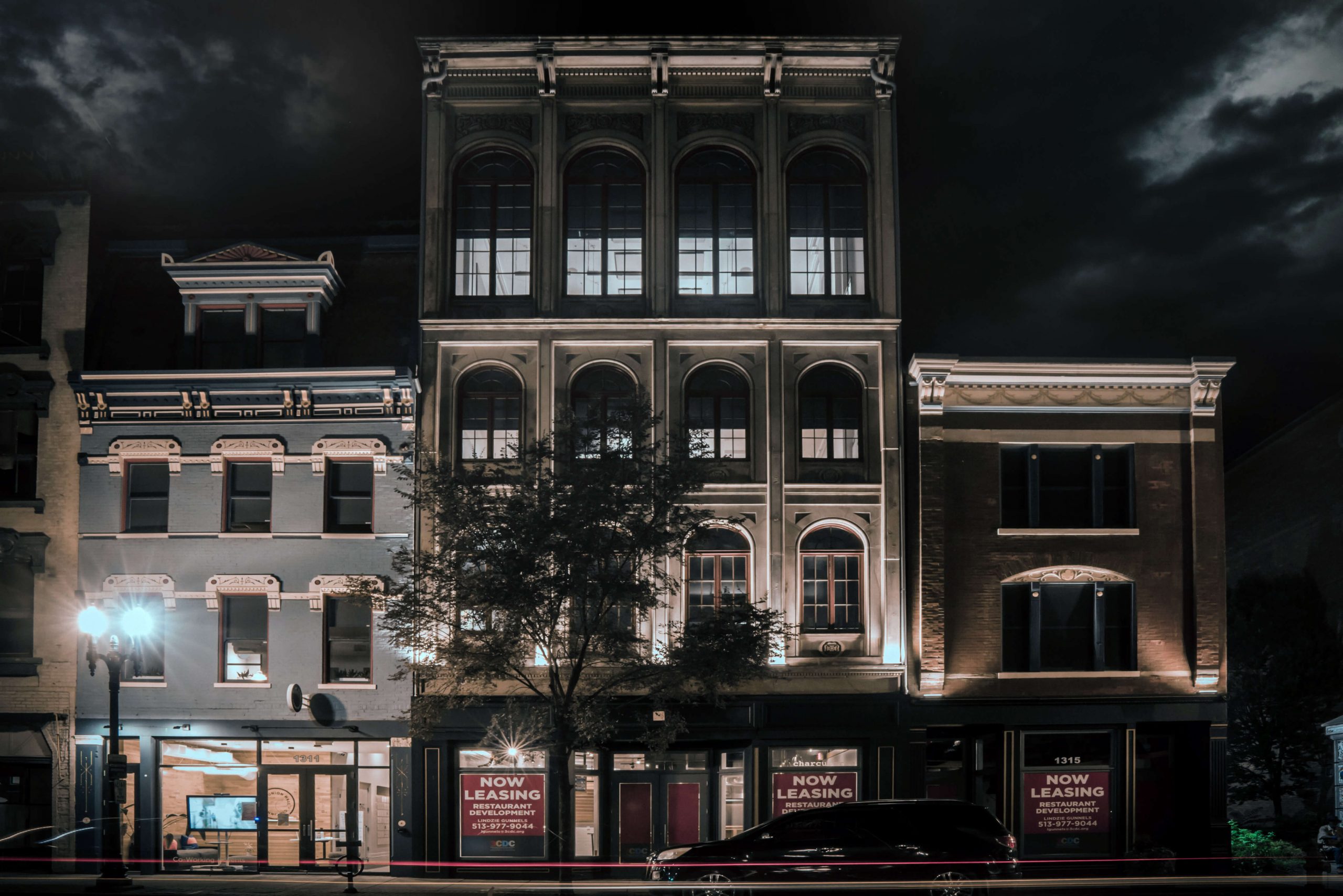 Most recently known as the Warehouse nightclub, 1313 Vine Street has a long list of previous titles—and a spooky history that hasn’t always been fun and dance.

Given its tall and thin stature, you might be fooled by how small it appears from the outside. However, the property stretches all the way back, connecting Vine Street to Republic. It’s estimated to cover almost 27 thousand square feet, with two sub-basements lurking below.

We explore these subterranean depths on our tour by US Ghost Adventures.

Delving Into the Dark

These sub-basements are where things get spine-chilling. The lowest level stretches over four thousand square feet, with a twenty-foot high stone ceiling that curves overhead, reminiscent of when it was once a brewery. The wooden plank flooring that once existed has long since rotted away, providing a macabre insight into the inner workings of the prohibition era.

Exploring the lower levels is like delving into the catacombs, and you can’t shake the feeling that you may never return to the outside world. The old stone walls and countless discarded remnants of the past feel almost alive, and you wouldn’t be the first to claim to have witnessed an apparition or two.

Corruption and Chills in Prohibition Era

Most of these stories are rooted in the building’s history as a Prohibition-era speakeasy. The lower levels were used to store alcohol for the many patrons who sought it out, but who knows what else could have happened behind these closed doors.

The Prohibition Era, by nature, was rife with corruption and criminal activity. As the hotspot for many of these activities, 1313 Vine Street has a thousand stories to tell contained within its walls.

You can feel it most chillingly in the lower depths, but the whole building emanates an energy of stories untold. Some say ghosts of Cincinnati’s criminal underbelly still carry out their shady dealings in 1313’s sub-basements.

Visitors to the building have reported alarming incidents, such as cell phones ringing when they had no service or battery and attacks by poltergeists.

The entire experience is emphasized by how empty such a vibrant place has come to be. Once a speakeasy, then a dance hall, eventually a 90s nightclub, 1313 Vine Street has seen it all, and so has its lower levels.

Now, these same lower levels stand empty, at least as far as the eye can see, but the echoing of events now past still rings clear. You may find yourself tempted to check over your shoulder one too many times.

If you are up for the thrill, book your tickets for a Cincinnati ghost tour today. There are numerous places to visit, with 1313 Vine Street just providing one of our spooky stops. Discover the entire history of haunted Cincinnati with US Ghost Adventures.