Who are the ghostly visitors that haunt the halls of the F.W. Wagener Building? Find out with US Ghost Adventures on a tour of haunted Charleston. 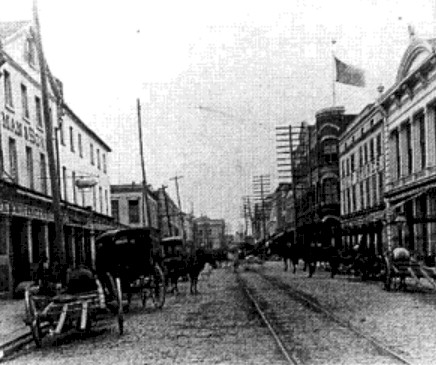 Every year, tourists flock to Charleston to wander its cobblestone streets and admire its buzzing street markets, majestic mansions, and boat-lined harbors. It’s no mystery what all the commotion is about and why it’s such a popular destination.

What remains a secret, though, is the dark side of Charleston that still haunts its otherwise bright and beautiful streets.

If you’re looking to learn more about Charleston’s history as a seaport while also immersing yourself in its ghost lore, then the F.W. Wagener Building is an ideal stop. Join US Ghost Adventures to learn about the spooky happenings at this iconic structure and the haunted history of Charleston, SC.

Constructed around the Civil War, when Charleston’s economic power was at its height, the building was initially a storage facility for cotton and phosphate wares. One of the city’s most successful businessmen, Frederick Wilhelm Wagener, owned the building.

The South’s economy went through dramatic changes and upheaval following the war, and so too did the F.W. Wagener Building.

The lofty structure has since been a grocery store, storage space, brewery, fine-dining restaurant, and even a wedding venue in the decades since the heyday of cotton and phosphate fertilizer trading.

Dramatically arched windows and an ornate brick facade make the F.W. Wagener Building stand out in the center of Charleston’s shopping district. Yet, it’s the stories of the ghosts in its halls that make this warehouse so famous.

A Tragic Demise at the Wagener Building

When it comes to Charleston history, the F.W. Wagener Building holds a much more prominent position than its past uses as a brewery or a storage facility might imply. Its presence also symbolizes some of the darkest and most chilling aspects of Charleston’s haunted past.

While several stories circulate about the Wagener structure, the story of the young associate, George Poirier, is probably the most sinister.

Upon the severe downturn of the cotton and fertilizer businesses in the South after the Civil War, Poirier found himself in desperate financial straits. His family had built its fortune over several generations of agricultural trading. However, Poirier lost it all after a particularly unlucky weevil infestation that destroyed his crops.

Since Poirier could no longer maintain the lavish lifestyle his family expected, he saw no other option than to commit suicide, which he did in one of the Wagener Building’s attic office spaces. Looking out at the ships on the harbor, bringing in his doomed wares, he pulled up a captain’s chair and hung himself.

The next day, a newsboy spotted his corpse hanging in the window and alerted the town to his tragic demise. Since then, reports of softly swinging shadows and inexplicable cold drafts are regular at the Wagener. Particularly by customers who dare venture onto the third floor.

If you think you’re ready to experience more such fascinating ghost lore, join US Ghost Adventures on a haunted tour of Charleston. The F.W. Wagener Building is just one of the many haunted spots scattered throughout the historic neighborhoods of this southern port city. 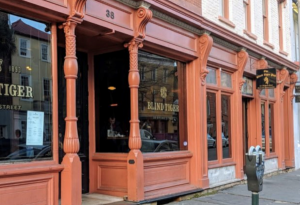 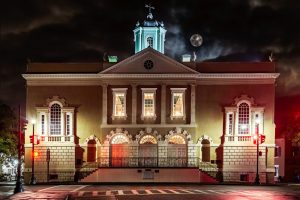