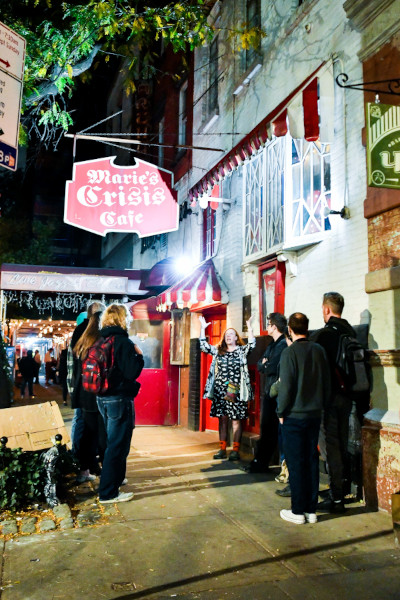 If ghosts and ghouls aren’t enough, how about some brews and booze to go along with the Boo’s? Join us in the Charm City while we share haunted history and tipsy tales while knocking back a few of Baltimore’s best on the Baltimore Haunted Pub Crawl tour!

Spirits of the Past

Maryland is one of the original 13 colonies in the United States making its port cities some of the oldest surviving harbors in the country. As many know, port cities were often breeding grounds for violence, debauchery, and crime, as soldiers, pirates, and traders crossed paths.

With a history of scandal running so deep, the streets, homes, and even the pubs of Alexandria are haunted by the lingering spirits of the past. What better way to get to know them than with
our Baltimore Haunted Pub Crawl?

Fells Point, where our tour takes place, was first charted by Captain John Smith in 1608. Where Baltimore stands today was first called Long Island Point with the name Fells Point being credited to two brothers, William and Edward Fell.  The Fells were Quakers who came from England and when William arrived in 1730 looking to build a ship yard, his brother recommended this spot. William turned this deep-water port into a center for shipbuilding and the central trading depot for American forces during the Revolutionary War.

With more work comes more people and so on the cobblestone streets of historic Fells Point, or Fells as the locals like to say, were filled with brothels, bars, and boarding houses. This busy port city began attracting all types of characters from sailors and prostitutes to pirates and aristocra ts, everyone wanted to be in on the action.

Tight living conditions combined with heavy drinking and a lack of advanced medicine meant the city was a disaster when diseases like yellow fever hit. Hundreds of people died in these
buildings, leaving the survivors to clean up their remains. This section of the city is no stranger to death and spirits, from contagious plagues to the war of 1812, many of those who lost their lives on these very streets still haunt them today.

The spirits of those who lost their lives here have all remained close to their old stomping grounds. In the once-bustling red-light district you can spot women’s legs disappearing up narrow stairwells and lipstick traces on napkins. Dirty saloons that were once home to many bar fights claim their bottles are constantly being moved along the bar when no one is around to physically move them.

Arguably the most notorious of all ghosts you’ll encounter here is Edgar Allan Poe, Baltimore’s famous writer who considered Fells Point his favorite place to grab a drink. Some of those bars claim to feel his presence still lingering today.

On our Baltimore Haunted Pub Crawl you’ll visit some of the city’s most popular drinking hotspots downtown…all of which have ghostly stories connected to them! Our tour will take you back in time to the bustling colonial days and introduce you to some of the famous spirits who still wander these cobblestone streets.

From the faceless little girl who haunts Bertha’s Bar & Restaurant to the spurned Quaker playboy haunting the Fell Family Graveyard to the violent ghost who assaulted the manager of Rye Craft Cocktails, you’ll get your fill of both spooky stories and beverages. 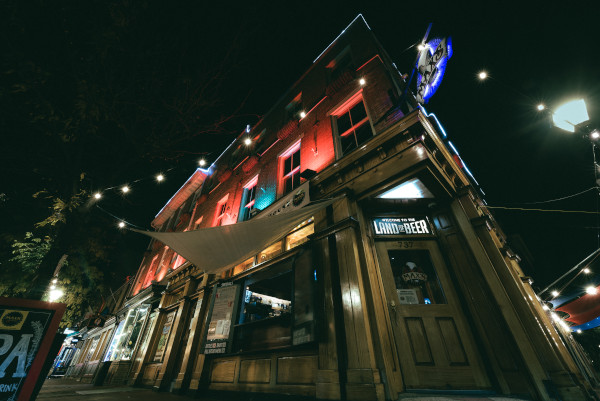 Back in its prime, the building that houses Max’s Taphouse was a restaurant and boarding house. While their bodies may have left the earth, a few spirits connected to the taphouse still roam the halls, haunting patrons and employees alike.

What do a beautiful harlot, a flock of headless chickens, and a shadowy man have in common? They all haunt this very building, solidifying its spooky status as the likelihood of running into a specter is high.

The Horse You Came in On Saloon 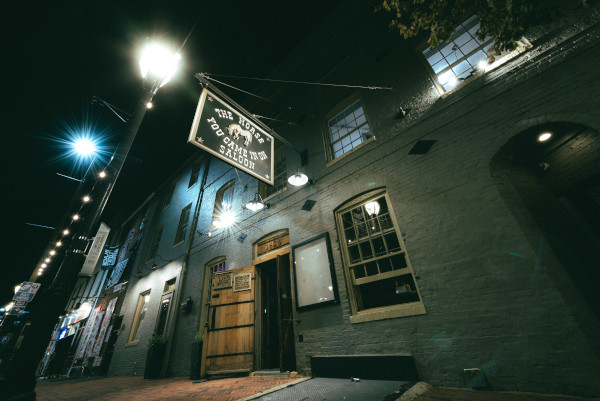 Built in 1775, The Horse You Came in On is one of the oldest continuously-running saloons in the nation — and one of the most notorious bars in all of Maryland. While its rustic western décor and convenient location are enough to make this tavern a hit, it gained notoriety as one of Edgar Allan Poe’s favorite watering holes. 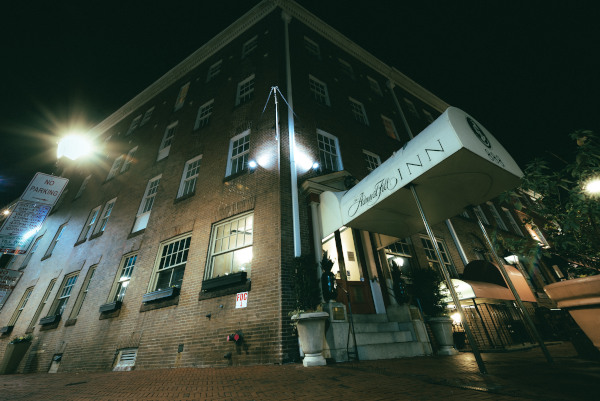 Baltimore’s Admiral Fell Inn has the esteemed honor of being considered one of the most haunted hotels in America. Dating back to the 1700’s, this inn has had quite the colorful history.

The building has moonlighted as a theater, a brothel, and a boarding house for sailors, and operates today as a historic hotel with a popular speakeasy in the basement. Most of the spirits at the Admiral Fell Inn are known to be extremely friendly and rambunctious, partying the night away.