Nothing shows Austin’s weirdness like The Museum of Weird. Check out the US Ghost Adventures Tour of Haunted Austin to hear all about this strange site. 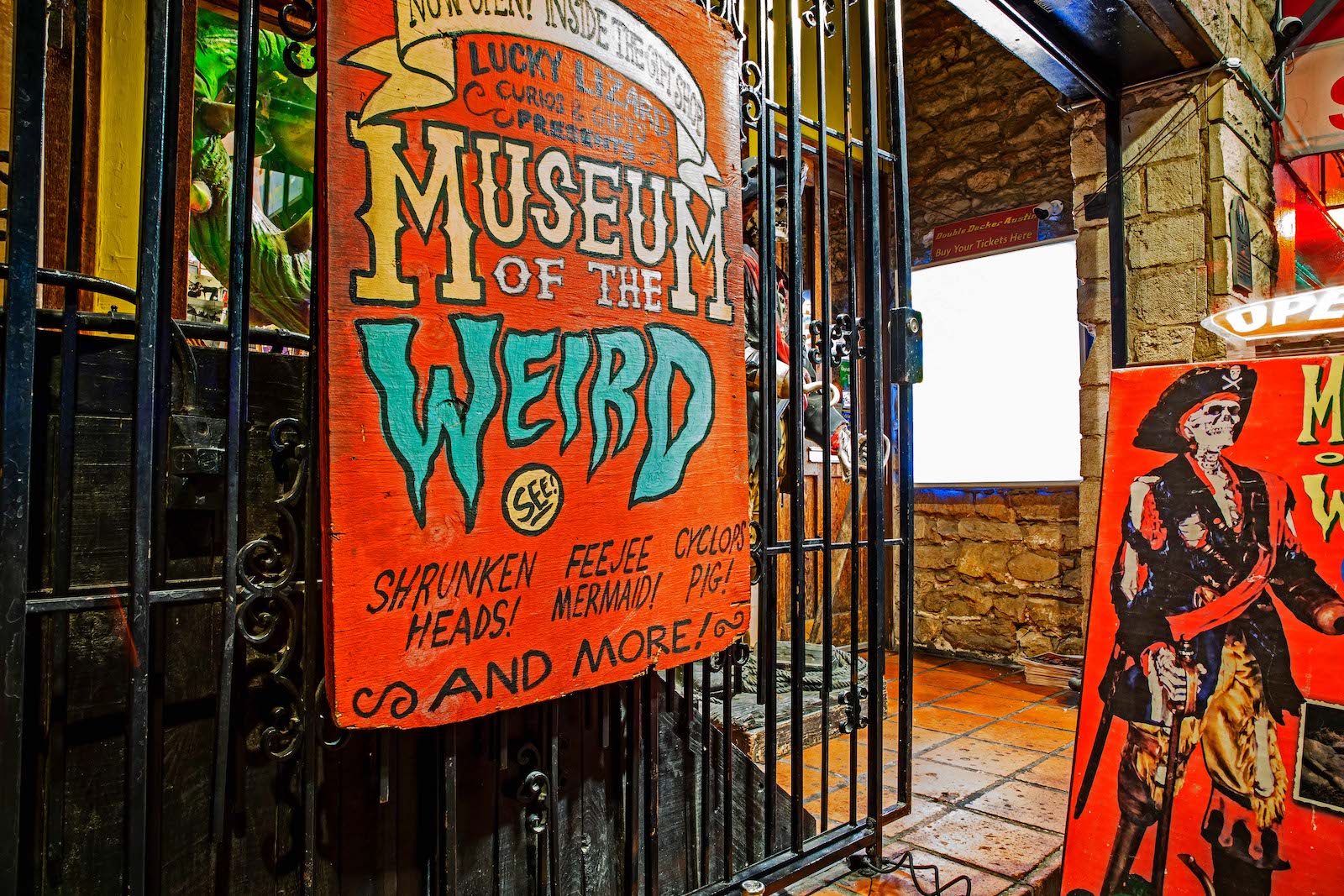 In your travels through Austin, you’re likely to see someone donning a t-shirt or hat that reads “Keep Austin Weird.” Don’t be alarmed.

Weirdness has long been a point of pride for Austin, Texas. It’s no mystery that it’s such an exciting travel destination for tourists each year.

However, what remains shrouded in mystery are the many layers of Austin’s history that don’t get talked about quite as much that contribute to its weird reputation.

Many of these stories are on display at The Museum of Weird, waiting for visitors to discover them. Stroll through the strange and unusual on tour with US Ghost Adventures.

History of The Museum of Weird

One of the best ways to get to know a city is to deep dive into the lesser-known aspects of its local history. The Museum of Weird clues viewers in on some of Austin’s stranger occurrences.

The museum’s origins date to 2005 when owners Steve and Veronica Busti opened Lucky Lizard Curio Shop. Unlike the typical tourist memorability, they added a little oddity. The shop’s eclectic selection attracted customers who just wanted to walk around and view its goods.

At this point, the Bustis had the inspired idea of combining their gift shop with the local wax museum (which they also owned) and opening it up as a complete viewing experience rather than simply a retail one. Since then, their collection of exhibits has grown weirder with each passing year and now includes unusual historical artifacts and local sideshows.

In this viewing experience that they’ve curated, the Bustis pay homage to the classic acts of the strange and unusual, such as the Ringling Brothers and Barnum & Bailey. They are open to both authentic pieces and impressive replicas, believing both hold the ability to capture guests’ sense of wonder and awe.

For generations, the Museum of Weird has been a fixture of Austin counter-culture, but its exhibits remain freshly shocking. All that you won’t learn about Austin’s history in classic textbooks has a home here. It’s the ultimate destination for anyone who wants to get to the bottom of the city’s renowned weirdness.

Be sure to take in the museum’s original “Cabinet of Curiosities,” which displays mummies, shrunken heads, fossils, movie props, and other freakish curios. Among its other features is a weirdly realistic wax museum, the legendary “Creature in Ice,” and clues to obscure mysteries from Austin’s historic neighborhoods.

Aside from the museum’s formal exhibits, plenty of other unusual occurrences lurk around the place. The Bustis insist that the building is haunted, and several employees have claimed to see shadowy figures in hallways, doorknobs turning, and other strange happenings that can’t explain.

The strange incidents are most likely due to the collection of historical pieces they’ve accumulated. The museum possesses several explicitly cursed exhibit items, such as a selection of unlucky fertility statues and a box no one can open for fear of releasing spirits.

The Museum of Weird isn’t just a fun way to explore the quirkier side of Austin. It’s also connected to the city’s mysterious past.

For adventures through this old western town, join US Ghost Adventures on a haunted tour of Austin. The Museum of Weird is just one of many stops on a journey through a stranger history. 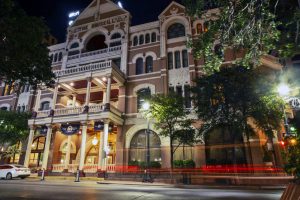 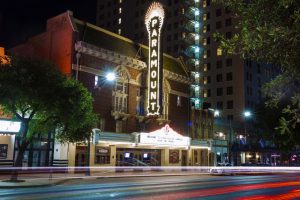