Many people visit the Fox Theatre, not only for its breathtaking architecture but also its haunted past. Learn more on a tour of haunted Atlanta with USGA. 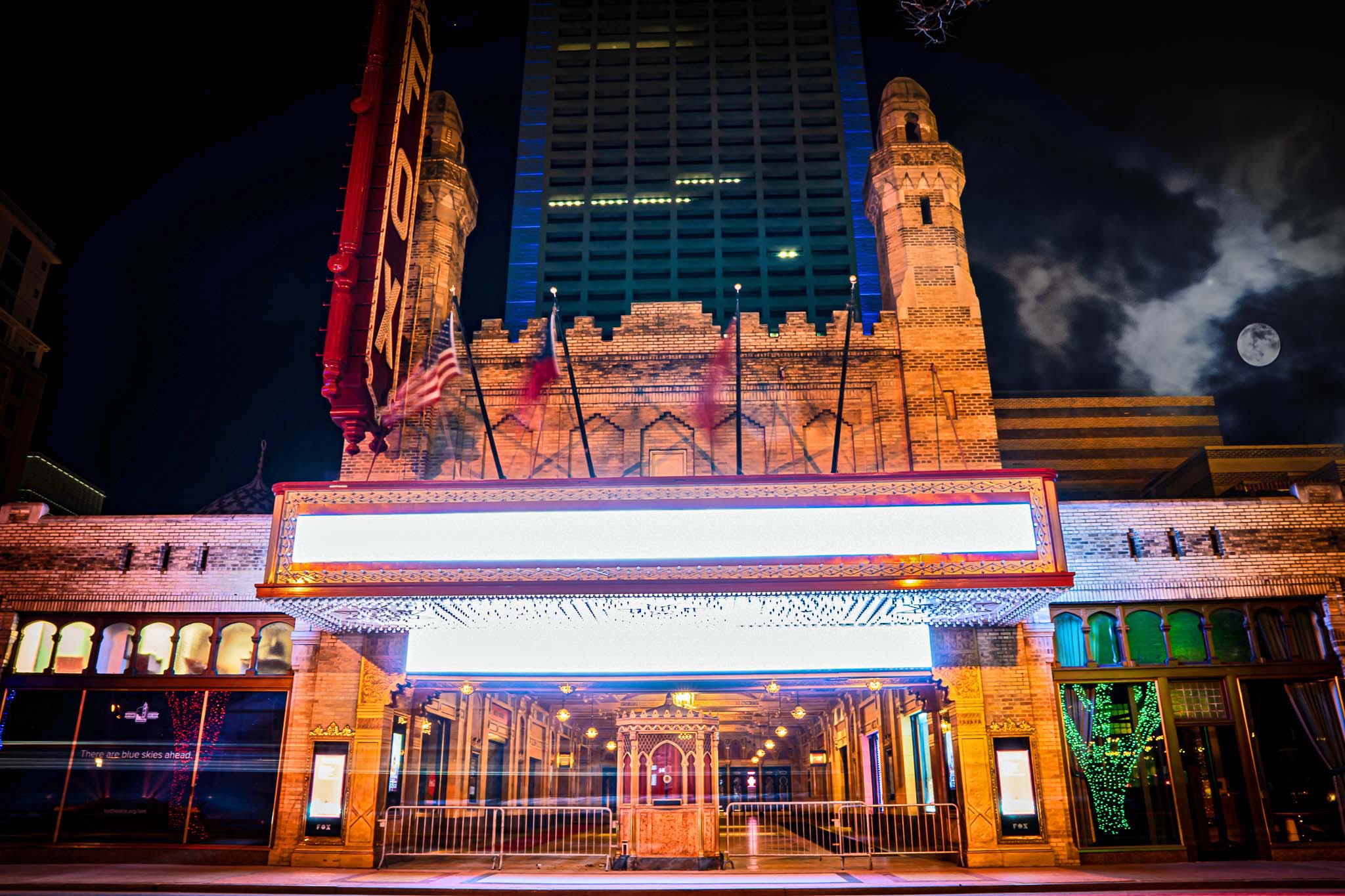 The Fox Theatre is one of Atlanta’s largest event and performance venues. The theater was built in 1926, originally as the main office for the Atlanta Shriners club. You can see the Shriner influence in its design and mosque-like architecture.

Movie industry leader William Fox ended up leasing the theater and turned it into the lavish cinema it is today. Today, locals and visitors can enjoy live music and performances at the famous Fox Theatre.

But something else lurks in the balcony and plays the organ when no one is around.

Discover what ghostly spirits lurk at the Fox on a ghost tour with US Ghost Adventures.

William Fox was a well-known theater mogul who bought and built cinemas across the country. He opened the Fox Theatre in 1929 after leasing the property from the Atlanta Shriners organization. The Shriners remained in a section of the property until 1949.

By 1932, the Shriners and Fox couldn’t financially support the theater, and Lucas & Jenkins (a company that owned many theaters) and Paramount Pictures purchased it. It wasn’t until the 1940s that the Fox Theatre truly flourished as a popular event venue in the city.

For decades onwards, it served as the location for several famous music artists, performers, and other events in Atlanta.

Catching a show in the Fox Theatre when it’s packed is a treat on its own. However, having a tour of the entire facility to try and encounter spirits is an altogether different kind of experience.

One of the most famous ghost stories involving the Fox Theatre concerns the elevator backstage.

Legend has it that a girlfriend of one of the theater’s managers passed away, and her spirit lives in the backstage elevator. There are countless reports of the elevator working on its own, usually traveling between the first and fourth floors.

Some people who tour the Fox Theatre claim to hear strange noises coming from various parts of the building. If you’re quiet enough, you may even hear the infamous footsteps that come from the audience seats while you stand on the main stage.

Moreover, many tour-goers claim to feel a sudden chilly sensation in certain parts of the theater. Whether that’s just a draft or something more spooky is up to your imagination.

The massive organ (nicknamed “The Mighty Mo”) is one of the theater’s most popular items. One of the earlier organists died and had his ashes scattered around the organ. The legend goes that you can sometimes hear him playing his beloved instrument on quiet nights.

While the sound of music can be pleasing, it can also be highly unsettling knowing there’s nobody in the organ room.

Atlanta is home to talented street artists, Coca-Cola, and several other traits that make it a prime destination in America. It also has quite a haunted past—if you know where to look.

We’ll take you to the Fox Theatre and several other haunted locations on our Atlanta ghost tour.  From spooky theaters to haunted churches, the city truly has it all.