The Basilica of St. Lawrence is one of Asheville’s most famous chapels. Learn more about the history of the church’s hauntings with US Ghost Adventures. 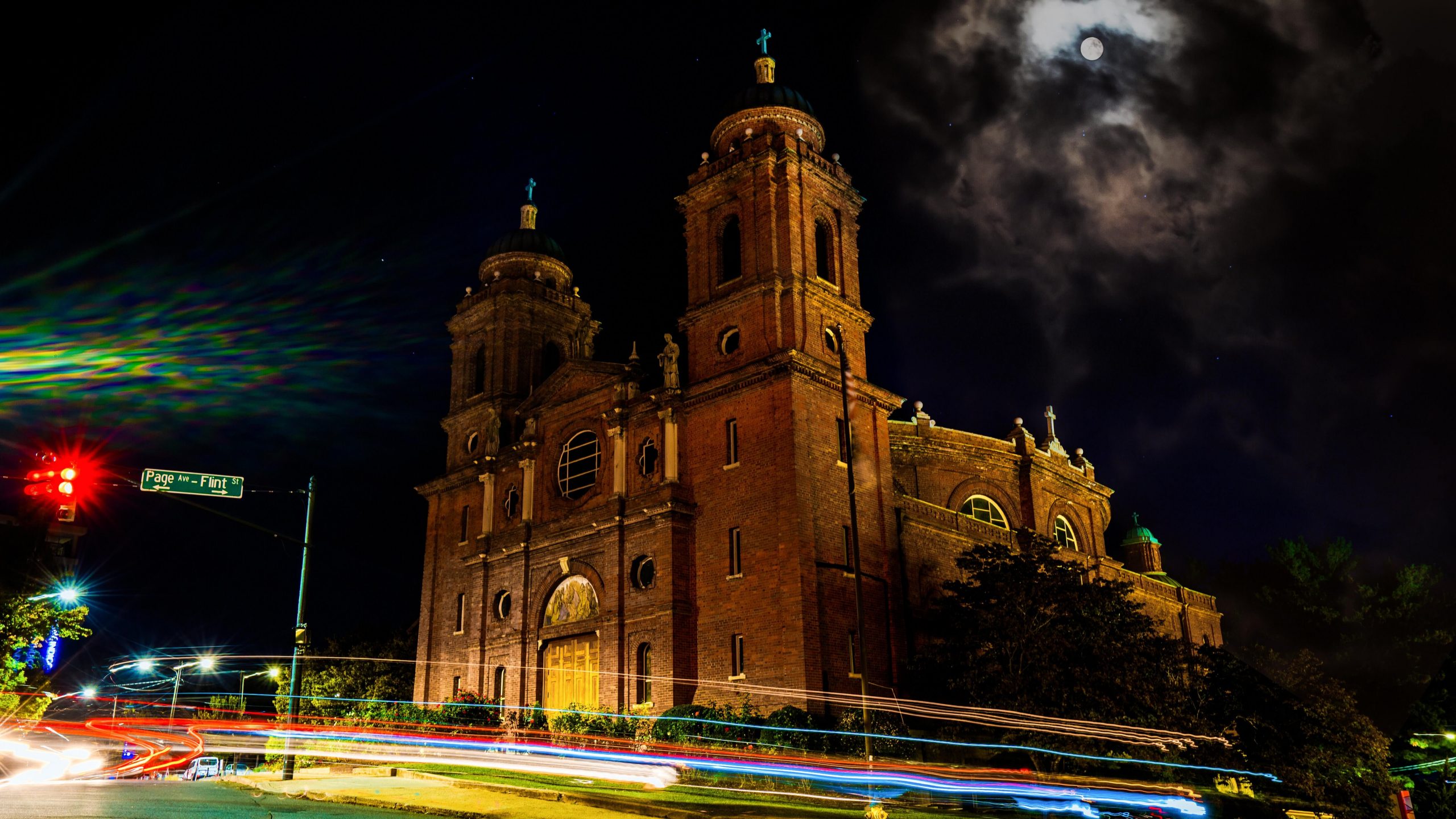 The impressive Basilica of St. Lawrence is a common reference point and landmark for Asheville locals. The church rests on the city’s skyline and is still a popular place of worship today. Although it may be a sacred place for those attending mass, the Basilica also has some tales of being haunted.

Explore the history of the Basilica of St. Lawrence along with a more eerie backstory that earns this landmark a top spot on our Asheville ghost tour.

The well-known Spanish architect Rafael Guastavino designed the church. He designed several buildings in North Carolina, but the Basilica is by far his most famous. The church is unique compared to some of the other architecture in the city because it contains influences from Guastavino’s Catalan heritage.

Guastavino passed away before officially completing the church. As per his request, they buried him inside the chapel. He also wanted enough space so his wife and child could join him after they had passed.

The Basilica of St. Lawrence was the starting point for this type of architecture in the states known as the “Guastavino System.”

Although the church is still operational, that hasn’t stopped the sightings of potential spirits lurking about the Basilica. Some locals say that the spirit of one of the Basilica’s earliest priests still wanders the halls and sometimes stands by the altar.

Others believe that Guastavino’s ghost is still present in the church. Indeed, the last church he designed may have held such personal significance for him that he not only wanted to be laid to rest there but remain forever present in spirit.

However, he doesn’t seem to be a sinister spirit. Those that claim to have seen his ghost say that he simply walks around the grounds still admiring one of his most fabulous creations.

The church and these legends inspired us as well, and we just had to add the Basilica of St. Lawrence to our Asheville ghost adventure.

Asheville may not be the largest city in North Carolina, but it sure is packed with things to do. Add more excitement to your time in town and participate in our Asheville ghost tour. Here, we’ll bring you to all the city’s most haunted landmarks, including the Basilica of St. Lawrence.

About US Ghost Adventure