Embark on an Annapolis ghost tour to come face to face with the hauntings of its colonial past and uncover a gruesome history that has haunted the city for over 300 years.

Join Crabtown Ghosts to reveal the grisly history of Annapolis’ Puritan roots. Encounter the ghosts of bloodthirsty pirates, who once raided the area’s lively ports in search of treasure, unaware their pursuits would eventually lead to their grim demise.

Location
All tours meet at the Middleton Tavern at 2 Market Space, Annapolis, MD 21401.
Duration
Tours last 1 hour across a 1-mile walking distance. Ask about the extended bonus tour!
When
Tours are held nightly
Admission
Simply bring ID. You do not need printed tickets or passes.
Parking
Visit Parkopedia.com for the best parking information. 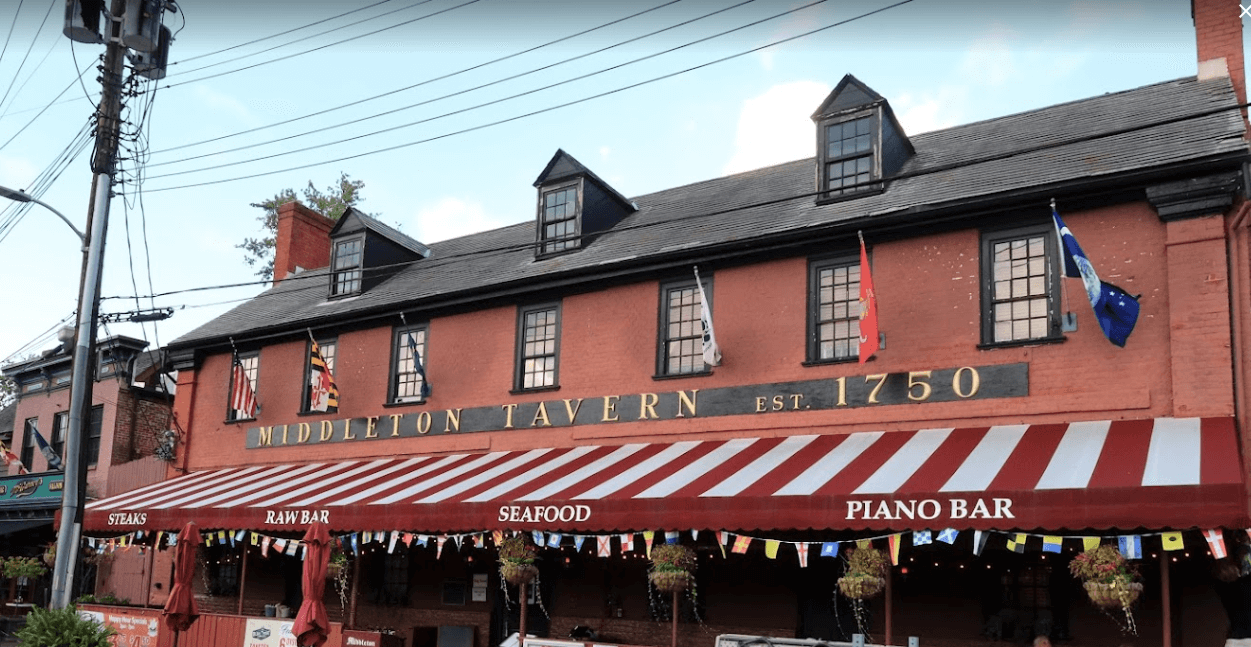 A City Whose Violent Past Continues to Haunt its Present

At the crossroads of ancient marshlands and the murky waters of the Severn River lies the historic waterfront town of Annapolis, Maryland. But before it was named Maryland’s capital city, Annapolis was already brimming with a bloody history that’s so disturbing, it’s often hidden from tourists who descend upon the city daily to visit its iconic and historic sites. Sightings of phantoms from nearly every era in the state’s history have been reported for generations, from the bloodied apparition of a drunk gambler, to the disembodied figure of a murdered Naval Academy Lieutenant who’s killer was mysertiously…never found.

Today, the city streets are still lined with the same colonial buildings and Georgian mansions that once saw countless deaths, tragedies, and suffering. Beneath the town’s seemingly quaint, historic charm lies years of this haunted history. Join us to discover the secrets behind the violent murders and bloody floggings that once occurred in The Old Annapolis Jail, to the mysterious death of one of the city’s most well-known bachelors. Thousands of the area’s inhabitants have lost their lives under strange circumstances, leading their souls to haunt the capital city to this day.

Affluent politicians, landowners, and wealthy landowners brought their families to Annapolis all throughout the 17th and 18th centuries to take part in the booming tobacco industry. But these society members’ luxurious lifestyles came with a gruesome price tag…human life.

The horrific treatment of enslaved plantation workers by slaveholders led to the suffering of thousands of men, women, and children for well over a century. With Annapolis’ access to the waterfront, the city went on to become one of the Chesapeake region’s earliest slave ports. See for yourself how this thoughtless cruelty and violence came to be in one of the United States’ most haunted towns, including found artifacts used by enslaved Africans practicing hoodoo to

control spirits by housing them inside nkisi bundles to harm the ruthless slaveholders that mistreated them.

From the ghost of butcher Cornelius Brooksby, to the spirit of a young, mourning mother, these souls continue to lurk around some of Annapolis’ most gruesome historical sites. Many visitors have reported seeing ghastly apparitions of spirits who never left the physical realm due to their grief, or, their lust for revenge. This old waterfront town is oozing with dark mysteries, and waits for those brave enough to uncover its spine-tingling secrets.

Walk the eerie streets of the city’s historic district, an epicenter for ghost sightings thanks to its centuries of morbid history. Follow Crabtown Ghosts on this bone-chilling excursion while visiting Maryland’s capital city, and see for yourself how a place of bloody war history, pirates, and dark, devious taverns came to be one of the east coast’s most haunted destinations.

Annapolis’ most haunted house, the James Brice House, belonged to John Brice Jr. and Sarah Frisby Brice, who lived luxurious lives as part of Maryland’s elite thanks to John’s position as the city’s mayor. They lived in the home with their sons, James and John, and enjoyed holding numerous balls and receptions. But behind-the-scenes, things weren’t so glamorous. Several family members were said to have struggled with mental illness, leading them to lock sick family members in third story rooms, where they would live out the rest of their lives. Today, visitors to the attic have been known to hear a ghoulish, disembodied voice cry, “I’m not mad!”

John Brice’s grandson, Thomas, was mysteriously found dead in the library of the home. The cause of his death remains unknown. Some of the family’s servants are also said to be lingering on the property as well, though the most famous member of the Brice house is the Crying Girl — the rumored spirit of a young Brice family member who “went mad” in her early teen years and can be heard crying out in anguish.

In 1750, ferry operator Horatio Middleton turned his newly-acquired residence into a tavern, which quickly became a popular spot for locals to enjoy a pint. Middleton Tavern then provided lodging to George Washinton, Thomas Jefferson, and even Benjamin Franklin during the Revolutionary War era. Over 200 years of existence, the tavern has accumulated its fair share of stories — and ghosts. An unknown spirit called “Roland” is known to haunt the first floor dining rooms, in addition to several unexplained shadowy figures that kick around lanterns, tables, and chairs.

Currently holding the title of America’s oldest continually operating hotel, The Maryland Inn has become synonymous with fearsome haunts. Built in 1772, it has 39 bedrooms and suites, with each room said to have come with its own ghost. Frightened guests often complain of smelling tobacco smoke during their stay. The Inn’s most famous ghost is known simply as “The Bride” — a spirit who allegedly witnessed the tragic death of her soon-to-be husband on the day of their wedding. Learn more about one of the country’s most haunted inns, and see for yourself if you could last a night under the careful watch of disembodied Union soldiers.

1: You want to delve into a more sordid part of Annapolis’ history

As fascinating as it is to see popular destinations like the Waterfront Warehouse and the Crypt of John Paul Jones while visiting Annapolis, you’re only scratching a surface of the city’s past when you choose to ignore its haunted history. Every nook and cranny of this colonial-era town is oozing with chilling mysteries and dark truths that can only be uncovered during an authentic, historically-accurate ghost tour. On this tour, you’ll be able to encounter some of the area’s famous ghoulish inhabitants. You might be able to hear the haunting last breaths of an innocent murder victim, or even the sound of a ghost singing a quiet lullaby, plus other unbelievable stories you won’t find on your typical walking tour.

2: You want to see locations from your favorite ghost podcast in real life

Let’s be honest: we’ve all been sucked into a gripping ghost or true crime podcast at some point in recent years. Why not take your expertise to the next level by traveling to some of these haunted locations in real life? Ditch your cell phone and join us as we experience firsthand the sites of some of the internet’s spookiest viral stories. Multiple stops on this tour have been visited by ghost hunters, travel show hosts, and yes, even podcasters…and for good reason. Even though you can certainly learn a lot from your favorite podcasts, there’s something truly thrilling about actually seeing the settings of these disturbing real-life events in-person — not from the screen of your iPhone.

3: You’re looking for a fun and unique idea for date night

Who says date nights can’t be daring? If you and your significant other are sick of your same old wine, roses, dinner and a movie routine, switch things up with one of Crabtown Ghost’s curated one-hour tours. It’s a great way to spend a night out for any couple looking to learn something new, or just bond over the adrenaline-rushing experience of seeing some of Annapolis’ most haunted sites firsthand. Plus, there’s plenty of perks to planning a ghost tour date for your next romantic outing even if you get scared, like the fact that there’s always someone — or something — closeby to hold your hand.

4: You want your night to keep going — way after sunset

Annapolis offers plenty of activities to do during the day. But what should you do at night? If you’re looking to keep your busy day in the capital city going even after the sun sets, look no further than one of our expertly-researched ghost tours. Our tour offers a different kind of night scene, though it still visits some of the city’s liveliest pubs, some of which haven’t been able to get rid of their gholish residents for hundreds of years.

Join us on a bar crawl not meant for the faint of heart, as a tour guide walks you to some of Annapolis’ most haunted taverns. Learn the stories of the spirits that haunt Reynolds Tavern, which is said to have been a favorite of founding father George Washington. Unravel the mystery of Galway Bay Irish Pub and Bar, and listen for the sound of a long-dead man’s footsteps running upstairs. There’s endless late night history to be learned  — even after last call.

You’re a unique traveler looking to branch off from the typical tourist destinations Annapolis has to offer. So why miss out on some of Annapolis’ most legendary tales? Learn the terrifying history that locals have passed on for hundreds of years by going on an adrenaline-rushing adventure unlike anything else this historic city has to offer. Wow your friends and family back home with your impressive knowledge of the area’s haunted history, and even make some bone-chilling memories of your own as a souvenir. But don’t worry — if you’re also looking for magnets, tee shirts, and postcards, there’s plenty of gift shops along the way. Because even non-traditional tourists deserve a memento from their travels.

6: You want to learn more about the Chesapeake’s pirates and privateers

You can’t talk about the Chesapeake area without talking about pirates. Pirates ran rampant in the Chesapeake and eastern Atlantic for hundreds of years, with some of the most famous having frequented the city of Annapolis back in the day. Some of these swashbuckling pirates include Edward Teach, better known as Blackbeard, and Scottish Captain William Kidd. There’s even said to be secret pirate treasure buried on Gibson Island just north of the city — though it has yet to be found. On our tour, you might not find gold, but you will learn all about Hell Point, where for decades sailors have reported seeing the ghastly apparitions of pirates’ skeletons dangling in the cages they were placed in after they were caught. 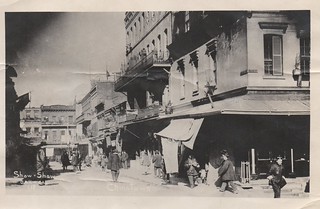 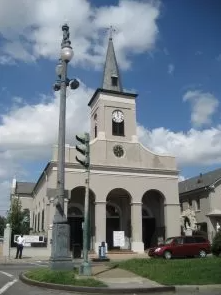 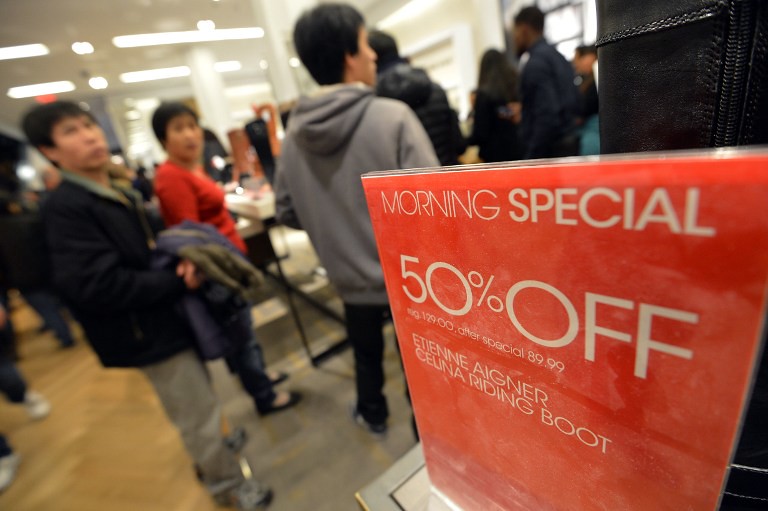