The Delphi Murders – Clues at the Abandoned Monon High Bridge 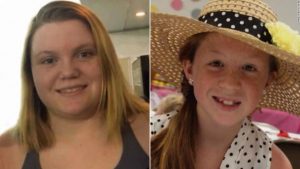 The Delphi Murders – Nothing could be more tragic than a young life taken in cold blood — let alone two of them. On February 14th, 2017, two bodies were discovered near the Monon High Bridge Trail. These bodies belonged to two young girls who had disappeared the previous day.

The murders received significant media coverage due to a bone-chilling audio recording of the individual believed to be the girls’ killer found on one of the victim’s phones. What happened that day? Could the Delphi murderer be a serial killer, as one author suggests?

What Happened That Day

The girls were set to hike the Monon High Bridge over Deer Creek, among a remote wooded area. The bridge is an abandoned structure built in the 1890s and was originally used for railway transport. Liberty had posted a photo of Abigail walking the bridge at 2:07 pm that day, but the girls were not heard from after that. They were reported missing at 5:30 pm that night after they had failed to meet Liberty’s father at 3:15 pm. The families were worried and started the search themselves before calling the police. Authorities searched the area and found no evidence of foul play in their disappearance.

This changed, however, when the bodies of two young girls were found around noon the following day, about half a mile from the abandoned Monon High Bridge.

What happened to Abigail and Liberty?

As early as February 2017, Indiana State Police began circulating an image of an individual reportedly seen on the Monon High Bridge Trail near where the two girls were killed. The creepy, grainy photo shows a man with his hands in his pockets, head down, walking towards the girls. A few days later, the man in the photo was named the prime suspect in the double homicide.

Chilling evidence came on February 22nd after law enforcement released an audio recording of the apparent suspect. Although muffled, he is heard saying:

At a news conference, officials stated that the audio came from German’s smartphone and regarded her highly for having the presence of mind and fortitude to secretly record the exchange.

On July 17th, officers distributed a composite sketch of the prime suspect — the sketch was drawn by police from eyewitnesses to a particular hiker on the Delphi Historic Trails that day.

On April 19th, Indiana State Police had a new direction. New materials were given as evidence, including a short video of a man in a blue jean jacket walking along the bridge, also taken on one of the girl’s cell phones. An updated sketch of the suspect was also unveiled, as well as an extended version of the audio recording, in which the suspect was heard saying:

On July 23rd, 2019, a suspect wanted for the rape and kidnapping of a 26-year-old woman on June 22nd was named as one of the multiple suspects being investigated for the Williams and German murders. On June 27th, the suspect was surrounded by police, and after a five-hour standoff, he committed suicide.

Another suspect was a registered sex offender from Indiana. He was arrested in Woodland Park, Colorado, in September 2017 after he threatened strangers on a trail with a hatchet. In February 2018, police stated that he was no longer a person of interest in the Delphi murders.

On October 28th, 2022, a suspect was finally in custody and appeared in court that morning. On October 31st, the same suspect was charged with two counts of murder in the Delphi case.

Nearly six years later, authorities announced that Richard Allen, a fifty-year-old man from Delphi, was charged with two counts of murder regarding the Williams and German murders. He has entered a not-guilty plea and is being held without bond.

Allen worked as a pharmacy technician at a local CVS in Delphi and has no criminal record. No one suspected him, and Carroll County Prosecutor Nicholas Mcleland stated, ‘ it’s concerning that it’s a local guy.’

Even more disturbing, German’s grandmother told a news source that Allen was the worker who processed her granddaughter’s photos for her funeral — he did not charge her for the prints, she said.

Claims of a Serial Killer

One author, Carol Sissom, a former Eastside resident, authored a book called ‘The Clue at the Haunted Bridge of the Monon Trail’, which highlighted evidence of the case and opened up the possibility that the murderer was actually a serial killer. She stated that:

‘I do think he’s a serial killer, and I do think he will act out again on or near Halloween; keep your eyes on your kids around Halloween and know exactly where they are on or around Halloween. I don’t mean to sound like Sammy Terry (a TV horror host based in Indianapolis), but I do think more than one person was involved in Libby and Abby’s murder, so it’s not someone acting alone.”

With the recent arrest of just one suspect, only time will tell if Sisson’s claims were valid.

Why does she believe this? Well, you’ll just have to read the book for that answer. Some locals believe that the bridge itself harbors evil energy — the bridge’s past is murky. However, it is even more startling to think that a ‘regular joe’ who works in your neighborhood drugstore, has a wife, and social life could go out and commit atrocious crimes like the Delphi murders — you truly never know your neighbor, it seems.

Love our blogs? Have any ideas for future articles? Are you dying to talk about it? Give us a shout, follow us on social media, and get the conversation started! Join US Ghost Adventures for a tour today!