The Dark History of Thanksgiving 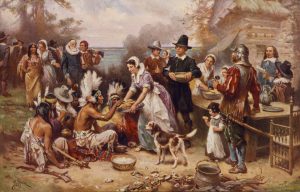 Thanksgiving in America is a time for feasting — think mountains of potatoes of all types, cornbread, slow-roasted turkey, and your grandma’s green bean casserole that you really don’t like, but gram-gram worked so hard on it… however, while we’re spending time with friends and family throwing a pigskin around and watching our favorite teams do the same, it’s important that we remember the day’s history and that the very first Thanksgiving wasn’t the peaceful happy-go-lucky holiday like we’ve been taught.

While communing with your loved ones and showing gratefulness is one positive aspect of the holiday, teaching a false history of its beginnings ignores more than four centuries of atrocities committed against Native Americans and First Nations people.

While the settlers at Plymouth and members of the Wampanoag tribe did gather together in 1621 for a three-day feast to celebrate the settler’s first successful harvest, the story goes into a much deeper, darker place.

The truth is, the peace that brought the Wampanoag tribe and settlers together at that very first dinner table wasn’t won through love — a lot of bloodsheds took place before and after that feast. Even today, many Native American people mark Thanksgiving as a day of solemn remembrance rather than feasting and celebration.

An article from The New York Times in 2017 stated:

‘Thanksgiving facts and Thanksgiving myths have blended together for years, much like gravy and mashed potatoes, and separating them is just as complicated.’

As the Puritans started to prepare for the winter, they began gathering whatever they could find in the area. One day, Samoset, a leader of the Abenaki people, and Tisquantum (also known as Squanto) visited the settlers. Tisquantum helped them to grow corn and use fish to fertilize their fields. After several meetings, a formal agreement was made between them to join together to protect one another from other tribes in the area. 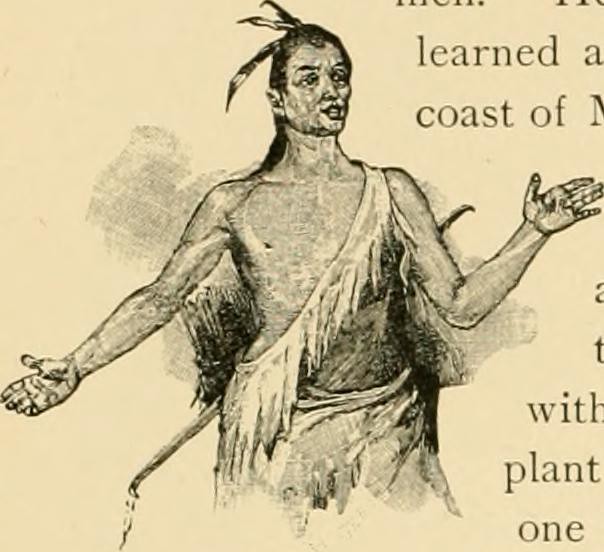 One day during fall, four settlers were sent to hunt for food for a harvest celebration. The Wampanoag heard gunshots and alerted their leader, Massasoit, who thought that the English might be preparing for war. He visited the settlement with 90 of his men to see if the rumor was true.

Soon after, the Native men realized that the English were hunting for their harvest feast. Massasoit sent some of his men to hunt deer, and for three days, the groups feasted and ate together. Over 100 Native American and English men, women and children attended.

The peace between the Native Americans and the settlers lasted only for about a generation — the Wampanoag people did not share in the reverence for the holiday, and they started to see it as a reminder of the betrayal and bloodshed that their people endured at the hands of settlers. Since 1970, many Native American people have gathered at the statue of Massasoit in Plymouth each Thanksgiving day to remember their ancestors and the strength of the Wampanoag.

The formation of Thanksgiving as an official holiday did not begin until November of 1863, after President Lincoln officially established the holiday in an attempt to improve relations between the northern and southern states. Just a year prior, a mass execution of Dakota tribe members took place. Corrupt federal agents kept the Dakota-Sioux from receiving provisions and food — finally, when they were on the brink of death from starvation, members of the tribe fought back, which resulted in the Dakota War of 1862 — at the war’s end, President Lincoln ordered 38 Dakota men to be hanged. He felt that Thanksgiving offered an opportunity to bridge the hard feelings that had developed from that event.

When Massasoit first negotiated a treaty between the two groups, it stated that no one would harm each other — they also agreed to leave their weapons at home when trading. Massasoit and the settlers remained allies for about ten years, but after Massasoit passed away in 1661, his son Wamsutta took over, and tensions began to rise.

Between 1630 and 1642, about 25,000 European colonizers arrived, and a devastating plague cut the Native American population by more than half. Wamsutta died mysteriously in 1662 while visiting the settlers to discuss the growing unrest.

In 1675, three Native American men were executed after killing a man who had served as a translator to the settlers, which only fanned the flames between the two groups. Wamsutta’s successor, Metacomet, feared that the Native people would lose more of their land and resources to the settlers and decided to form a coalition of various Native American tribes to protect themselves from the colonists. By the fall of 1675, attacks on colonial settlements were common, and settler attacks on Native encampments followed.

The Narragansett tribe wanted to remain neutral throughout the conflict but wouldn’t give up Wampanoag, who had taken refuge in their encampment. As a result, Puritan forces attacked the Narragansett camp and killed up to 600 Native American people and 150 settlers in the battle.

Soon, a battle called King Philip’s War ensued. The conflict devastated both Native American tribes and the colonies. Many camps and colonies were burned and looted, taking decades to recover fully.

It’s believed that the war could have claimed as much as 30% of the English population and over half of the Native American people then living in New England. The conflict ended when Metacoment was killed and beheaded.

Native American tribes never fully recovered from the fighting, and other wars began to rage throughout New England. For Native cultures, the arrival of the settlers wasn’t the beginning of a new world — it was the end of everything they knew and the world they had cultivated for themselves.

One can only imagine the energy this bloodshed left behind in the ‘New World’, and some believe that places where these battles occurred, are cursed forever. 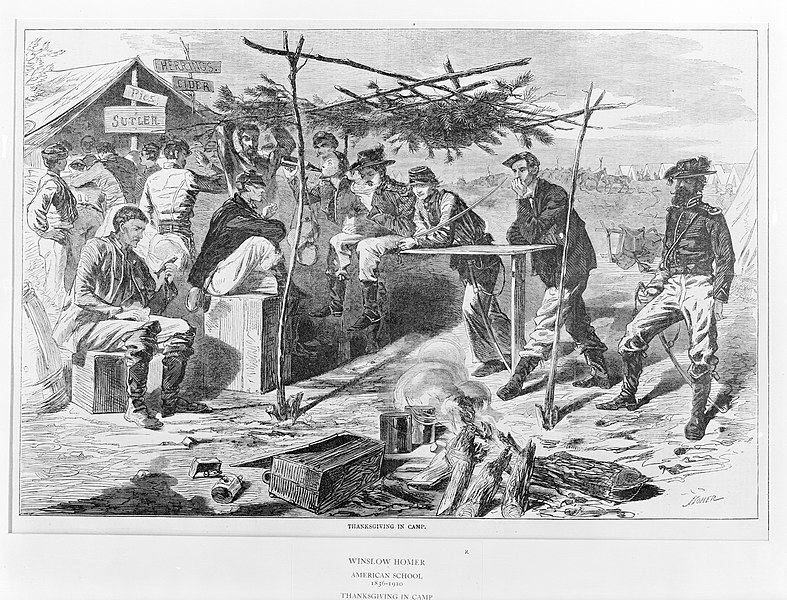 A depiction of the first Thanksgiving. Source: Wikimedia Commons

This year, as you give thanks for the things you’re grateful for, perhaps spare a thought for the Native people and the souls of those who lost their lives during the bloody battles that led up to the first Thanksgiving and thereafter, and as it’s said — history is told by those who won.

Love our blogs? Have any ideas for future articles? Are you dying to talk about it? Give us a shout, follow us on social media, and get the conversation started! Join a local tour here!

The true, dark history of Thanksgiving

“Everything You Learned About Thanksgiving Is Wrong” New York Times, November 21, 2017, by Maya Salam. Source.