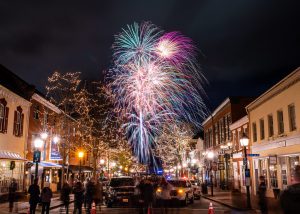 “Should auld acquaintance be forgot, and never brought to mind?” Robert Burns’ 1788 poem “Auld Lang Syne” would forever immortalize these words in the English psyche. On December 31st, this prose is chanted in the streets, homes, and bars of jolly revelers to welcome the New Year. Loosely from old Scottish into modern English, the phrase can be interpreted as “for old time’s sake.” A poem of remembrance to honor the year past while ushering in the coming year. It is one of many traditions people worldwide practice as we transition into the new year. The ghosts of the old year and years long gone roam among us during these times. Often unbeknownst to us, we here at US Ghost Adventures have decided to uncover them for you. The elegance of New Year’s Eve often brings betrayal, deception, and mystery. Appearances of unexpected phantasmic partygoers are reported all over the United States on New Year’s Eve. Some have stories to tell, and others remain a mystery. Their spirits forever longing for the year to come, winding between worlds, caught in the regrets of the year that passed.

The Drake Hotel’s Lady In Red 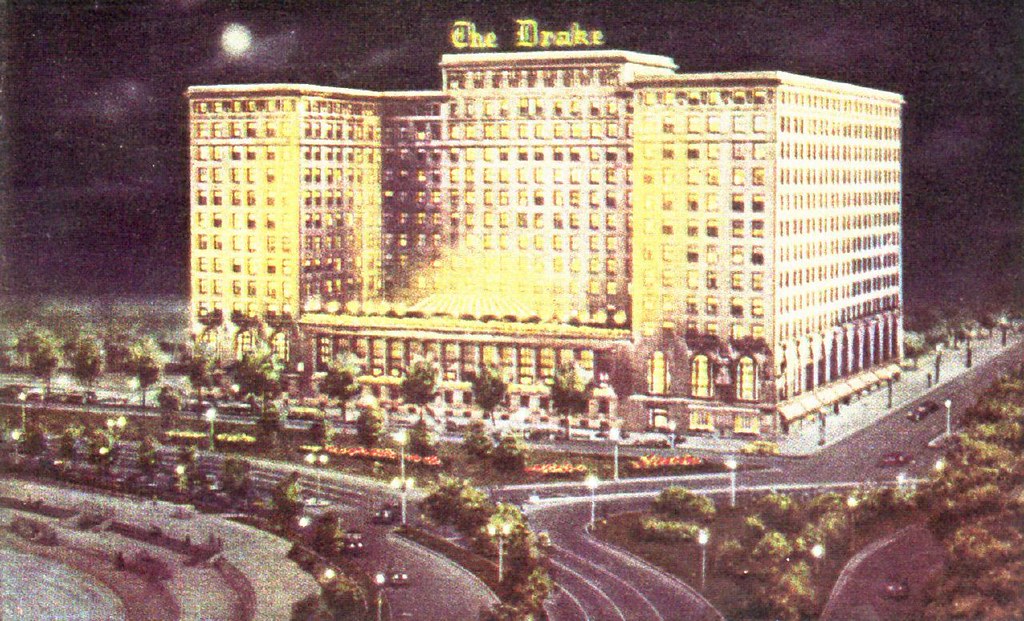 The Windy City’s Drake Hotel was labeled one of the finest hotels in the world when it opened in 1920. Built-in 1919 by two financiers, brothers John B. Drake and Tracy Corey Drake, it opened its doors on New Year’s Eve 1920 to 2,968 of Chicago’s finest and wealthiest citizens. Tickets were not cheap at $10 a head! The equivalent of $150 in today’s money. Three hundred fifty waiters served a midnight dinner, and four orchestras provided entertainment! Gaiety ensued in full force, but for some, this night would be their last—the spirit of a mysterious woman in red haunts the tenth floor of The Drake. Her story is one of great tragedy, and like many others, she visited the Drake and never left. Many have seen her, and some have even been lucky enough to capture her apparition on film floating through the hallways.

The roaring 20s is a decade famous for such indulgence and effervescent luxury. In accordance came some controversial murders, and that night at The Drake was no exception. The elegant dinner and lively dance orchestra seem to have awakened the more primal instincts of one particular young couple. Around midnight the young couple split. The traditional New Years’ midnight kiss came across the lips of the young gentleman lover, but not from his female counterpart. He had wandered off, presumably drunk despite the illegality of alcohol, and met another New Years’ reveler. The poor heartbroken girl, now most assuredly single, was so distraught she threw herself out of a tenth-floor window. Today she is seen by many a visitor to The Drake roaming around the tenth, forever lost in the glee of the New Year. The suicide does not seem to appear in any newspapers, which appears wholly incongruous. Yet, her spirit always occurs in a red, 1920s-styled dress. The Windy City isn’t named as such for its high-octane winds but for its deep-pocketed politicians. Perhaps the Drake brothers kept the suicide a secret with little extra incentives that night to protect their luxurious investment.

Hotels often serve as venues for large events such as a New Year celebration. But even the smallest locales can play host to many merry revelers past and present. The Inn on Main Street, Bed and Breakfast in Weaverville, North Carolina, is one such place. Every New Years’ Eve, guests report the same unusual and supernatural activities. The back door continuously opens and closes as if some drunken partygoer isn’t sure if they’ve had enough champagne. Pictures on the walls crash to the ground around midnight, but upon inspection by startled guests, they are still hanging on the walls. The home was built 100 years ago by a doctor. Bloodstains remain from long ago in the bathroom of one of the rooms. Impossible to sand away, it is believed to be from an operation gone wrong in which the patient moved on to the other side. But every New Years, that comes into question. 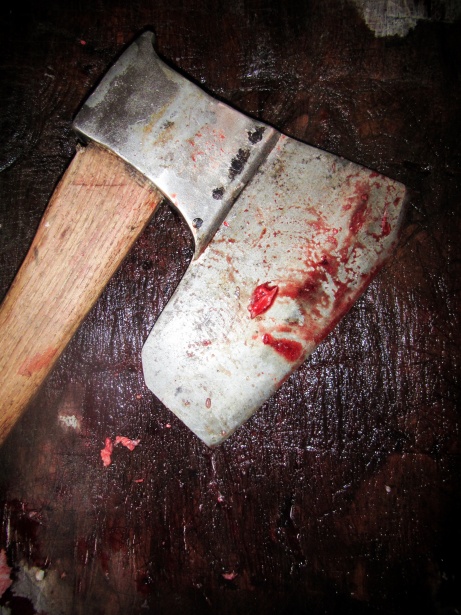 While the dead come back to haunt us on New Years’ Eve, we often have to be most concerned about the living. Too much champagne and too many people can lead to unruly behavior. However, this was the case with 23-year-old Christian Gomez, who decapitated his mother on New Years’ Eve, 2014, after she asked him to move a couple of boxes. Gomez, who was arrested in 2009 for disorderly conduct and resisting arrest, had a history of mental illness. He told authorities he had planned the murder for two days after being arrested a few blocks down from his former home. The most disturbing part of it all? His mugshots feature an ear-to-ear smile. The holidays can be rough for many people, but let’s hope it never goes this far for anyone else. 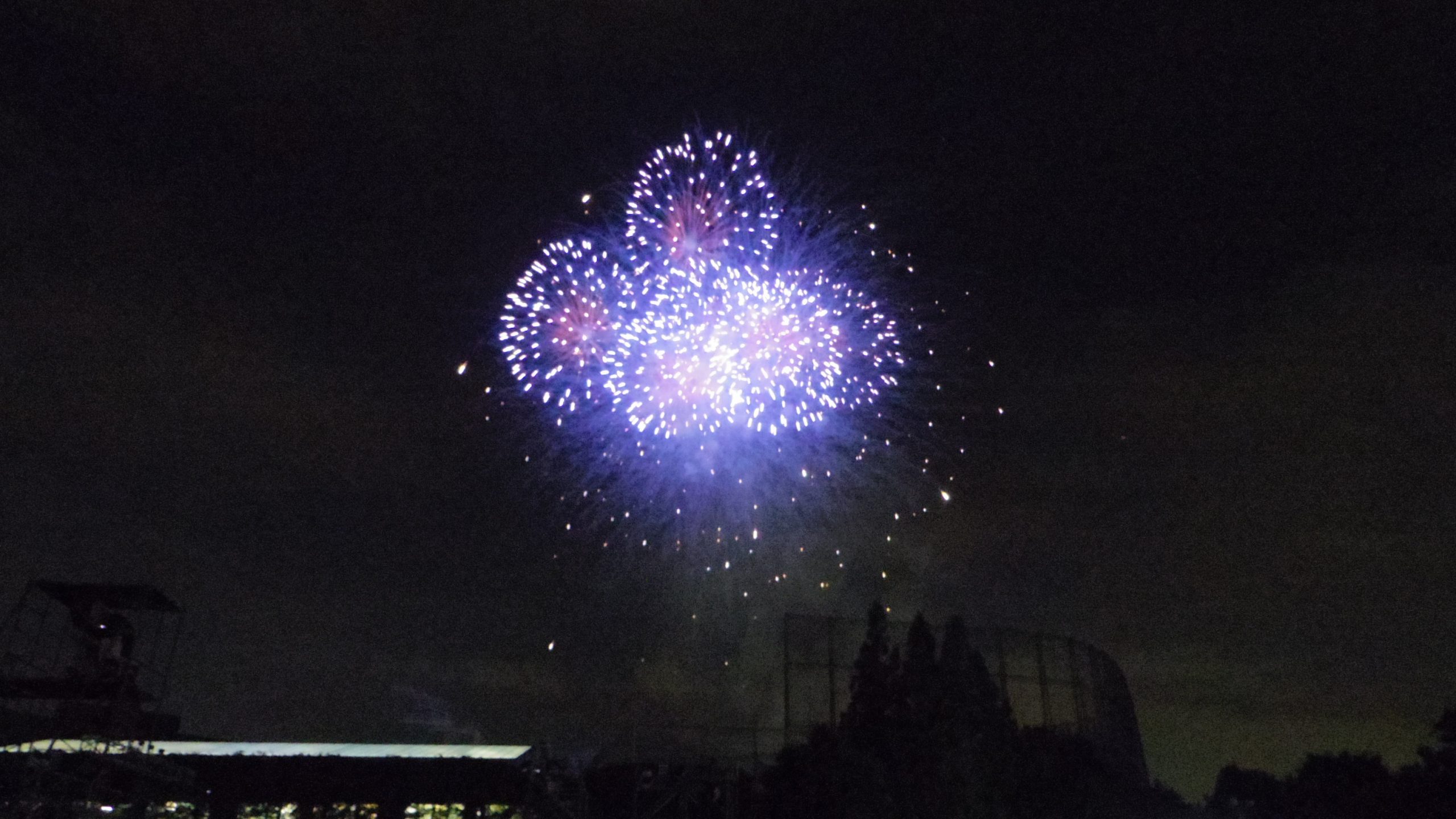 While the New Year can bring joy to many, it can also be a time signifying pain and torment for others. Murders, suicides, and the like are even more tragic when they happen during significant events such as New Year’s Eve. While bringing in the New Year, one should be tuned to the spiritual world. In ancient times the New Year was still considered part of the holiday season and, even more so, a season when the spirits roamed freely among us. The thin veil between our world and theirs lifted. Robert Burns may have had it correct, crying for old times’ sake in his infamous poem “Auld Lang Syne.” Many from the old times come back to rejoice with us, for better or worse.

From US Ghost Adventures to all of you, we wish you a Happy New Year!