Ratification Of The 13th Amendment 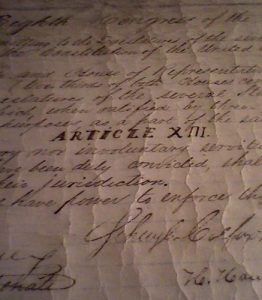 Slavery was one of the worst plagues to befall the human race. For centuries, until modern times, an accepted facet of society was the procuring and ownership of others. For hundreds of years, different racial identities, often seen as inferior to the owning class, prisoners of war, and those born into lower social strata, were forced into involuntary servitude. Often avenues for freedom were available via monetary exchange or as a gift. Many societies held holidays where slaves could gather and eat as free people. While this does not justify the institution of Slavery, it does stand in stark contrast to Slavery in the United States. From the arrival of the first slave ship in 1619, the African people’s experienced one of the worst displays of brutality in world history. On December 6th, 1865, when the 13th Amendment was ratified into the constitution of the United States, the first steps towards healing these wounds were taken. Slavery was abolished, but it was only the beginning. A long road lay ahead of the African American people, one that is still being traveled today. On this day, American society moved towards true equality; US Ghost Adventures unpacks the issue below. 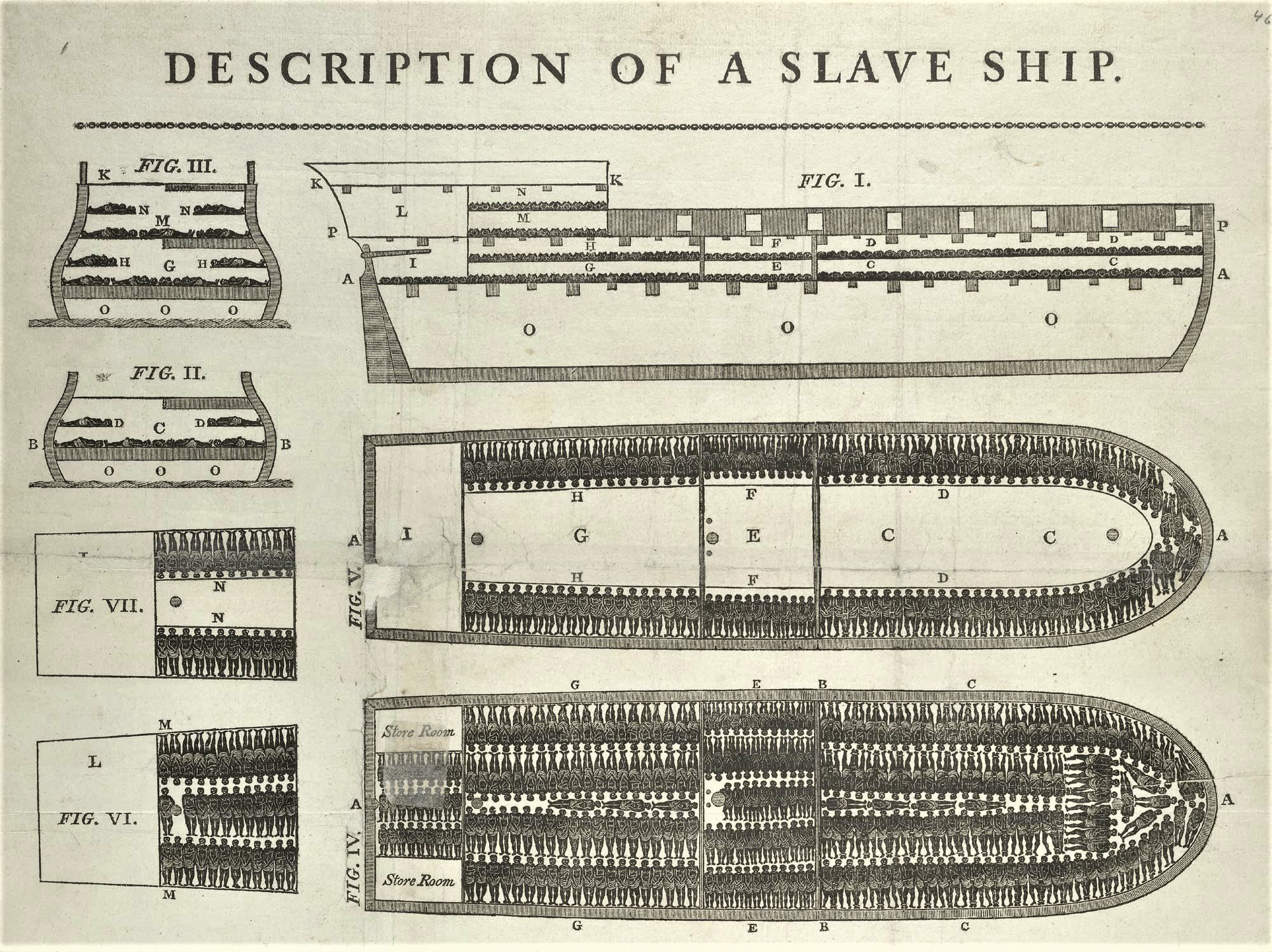 Between 1525 and 1866, roughly 12.5 million African people were kidnapped and forced aboard slave ships. These ships sailed treacherous journeys across the Atlantic Ocean to the New World. Many did not survive. Out of the 12.5 million, nearly 2.5 million died during the journey. The earliest attempts at freedom were those that jumped into the abyss below—choosing the deep waters of the Atlantic over an uncertain fate. Many died of diseases in the dark, crowded spaces of the ship’s hull. Some were taken hostage by pirates, dying at their hands. Of these 10.7 million that survived the journey, only 388,000 were brought to the United States. By the time the Civil War started, that numbered had jumped to 4 million. Many within the white political sphere saw the injustices laid before them. Manumission societies were created. The first was the Quaker Abolition Society in 1775. By 1801 all states in existence had associations dedicated to freeing African people and putting an end to Slavery. These later led to more fully formed and aggressive abolitionist societies by the 1830s.

The African people did not sit quietly while their livelihoods were being taken from them. Various revolts and rebellions occurred through the years leading up to the 13th Amendment and far before it was envisioned. One of the first African slaves was foiled in Virginia in 1687 when local authorities uncovered a plot to rebel. Another followed in 1688, but this time with success. Repression of these attempts at equality was generally met with swift reprisal. A law was passed later that year, allowing for the murder of enslaved Africans that attempted to escape. As time progressed, these violent retributions only helped to strengthen the fight against their abuse. In 1811 the German Coast rebellion, a Louisianan revolt involving over 125 slaves, led to the execution of 100. Their heads were cut off and placed upon pikes along a 40-mile road where the rebellion took place.

The Civil War and The 13th Amendment 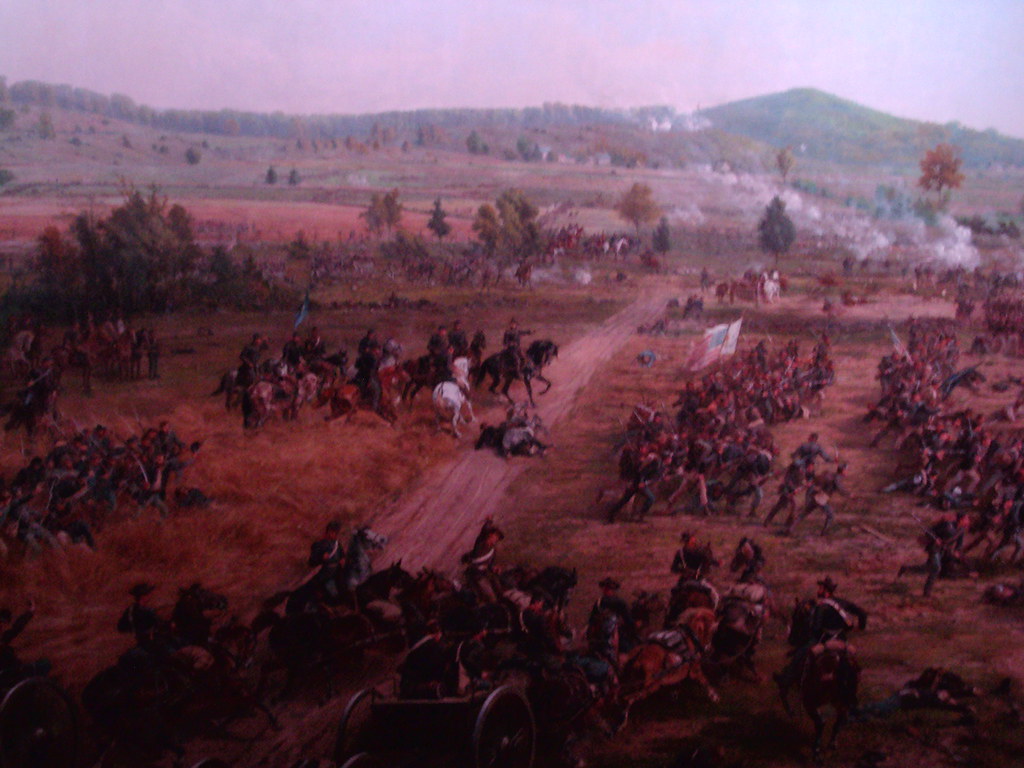 The institution of Slavery became such a hotbed issue in the United States that the country eventually went to war over the whole matter. Economic stability and success in the plantation-laden South had come to depend on the backs and bones of enslaved Africans. As proponents for the free trade of raw goods for manufactured items, in contrast to the North’s position of imposing tariffs on such things, the South held tightly to their beliefs. The North greatly opposed Slavery, and as new states were added to the fledgling nation, the issue grew to epic proportions. Both sides’ advocates sought support from the newly added regions of the country. Abraham Lincoln was elected President in 1860, throwing the Civil War into motion. Seven states seceded from the nation, with South Carolina being the first on Christmas Eve 1860, between his election and inauguration night. On January 1st, 1863, the Emancipation Proclamation was issued. Declaring all slaves in the Union freedom, he cemented Union victory with the addition of over 200,000 African American soldiers.

While this step was necessary for furthering the cause of the Union, it did little for slaves still under the iron blanket of Confederate policies. On December 6th, 1865, this changed when the 13th Amendment was ratified into the United States Constitution. The process had begun a year prior during the final days of the Civil War. In April of 1864, while the Confederacy was still a separate entity, the Senate passed the resolution but failed to go through the House. It showed how divided the nation truly was. During his second bid for President, Lincoln elevated the subject to the top of the Republican Party platform. The House eventually passed the bill on January 31st, 1865. On December 6th, 1865, the Amendment was fully ratified. States, “Neither slavery nor involuntary servitude, except as a punishment for crime whereof the party shall have been duly convicted, shall exist within the United States, or any place subject to their jurisdiction.”

The Beginning Of A Long Battle 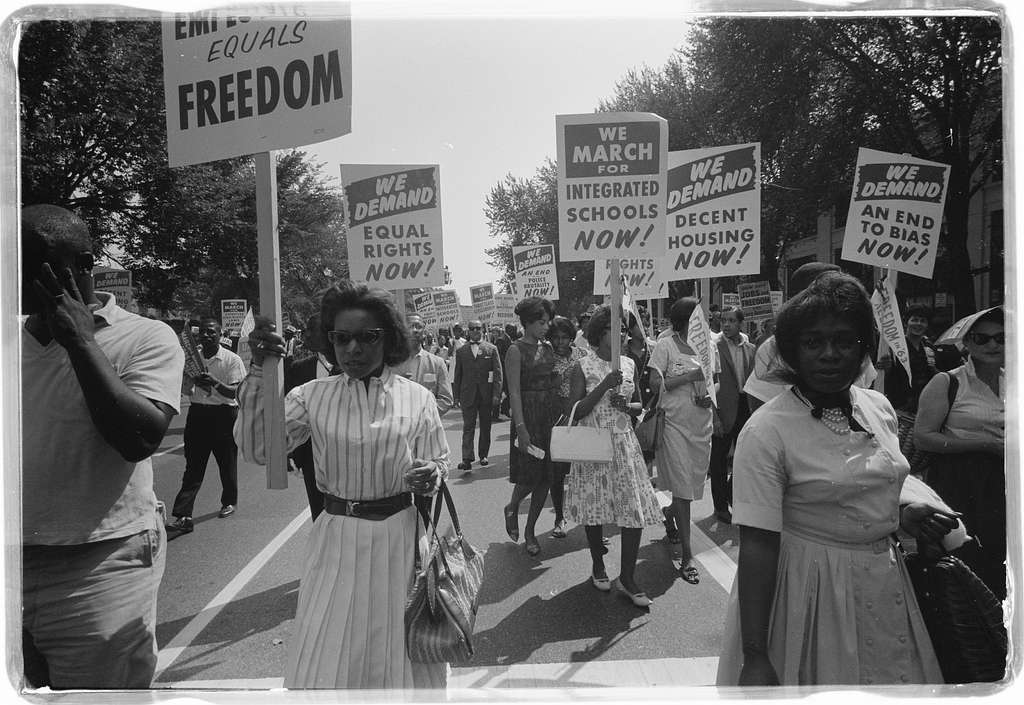 While the ratification of the 13th Amendment abolished the institution of Slavery, it did little to bring full equality to the African-American population of the United States. As the Reconstruction period reshaped the American South, black citizens experienced the equality they had long fought for. In 1870 the 15th Amendment was ratified, allowing African American men to vote. The fight for women’s suffrage for all races would come later on. However, as the period ended and Southern states regained control of their cities, oppressive Jim Crow laws entered society. Separate but equal became the law in the South. Voting rights were suppressed, and land ownership became nearly impossible through sharecropping. In many ways, Slavery still lived as indentured servitude often came with punishments. This continued up until the civil rights movement of the 1950s and 1960s. The Civil Right Act of 1964 ended these inequalities, but others persisted. Professional, economic, and educational disadvantages, along with little to no government funding in black neighborhoods, continued Southern and American racial policies. This cumulated in 2020 with the explosion of the Black Lives Matter movement. The battle for equality rages on to this day, woven into the very fabric of American society.

The 13th Amendment was recently brought back into political view. A ballot was cast in Louisiana to reword it within the State Constitution. The penal system of the state, one of the worst in the nation, still holds many within the shackles of “modern” Slavery. Although the Amendment did not pass, it did bring the importance of wording within legal writ to the public eye. Bringing the nation a step closer to true equality, as the 13th Amendment did, on this day, so many years ago. Continue on with US Ghost Adventures for more important moments in US history.